Which? warns the Financial Conduct Authority (FCA) that its plans to introduce a time limit on consumers claiming compensation for mis-sold Payment Protection Insurance (PPI) sets a dangerous precedent that could also lead to a further increase in nuisance calls. 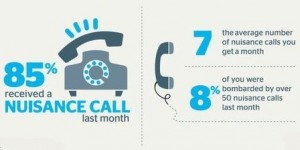 The PPI mis-selling scandal is far from over. In 2015, over £3bn was paid out in PPI compensation, and the big five banks have now set aside more than £32bn for payments.

A two year time limit for PPI complaints would set a dangerous precedent and result in banks having little incentive to pay out compensation swiftly and directly to consumers in any future mis-selling scandals.

Which? strongly disagrees with the FCA that implementing a complaints-driven approach to PPI compensation has been effective. ​Putting the onus on consumers to make a claim, when they might not know they have reason to complain, is not the most cost effective way to ensure that consumers get their money back.

Nearly a third of all complaints made to banks about PPI are being brought by Claims Management Companies (CMCs) on behalf of consumers, who charge a fee of up to a third of the compensation offered. PPI accounted for 63% of all complaints to the Financial Ombudsman Service in 2015 and across the board there is still a shockingly high proportion of these complaints being upheld in favour of the consumer. It is clear that banks should do more to make their processes for handling PPI complaints simpler and fairer.

In 2015, there were 32,739 complaints to the Information Commissioner’s Office regarding CMCs making nuisance calls about PPI, which is an 85% increase on the previous year. It is highly likely that introducing​ a time-limit for PPI complaints will simply compound these ​issues and ​result in a huge increase in nuisance calls from CMCs.

Before the FCA goes ahead with any proposals for a time limit, Which? wants:

– A simpler process for making a claim, with banks required to accept complaints electronically.

– More information published about how firms have handled claims to date, the amount of redress outstanding and how the FCA will judge the time limit to be a success.

“​The FCA must rethink its ill-judged proposals to introduce a time limit for PPI claims. If banks and other PPI providers had been more proactive, then this whole process would have cost less and driven fewer people to use CMCs.

“The regulator should instead bring forward new proposals so that banks make it more straightforward for people to make a claim without a costly CMC and get back all the money they are rightly owed.

We also need to see tougher regulation of CMCs put in place without delay, otherwise nuisance calls will increase as they try to cash in on the regulators plans.”