The future is in the cloud, or is it hosted? Are they different concepts or can these terms be used interchangeably? Does it matter? The answer is that “cloud” and “hosted” are subtly different things and it makes sense to point out what distinguishes one from the other. 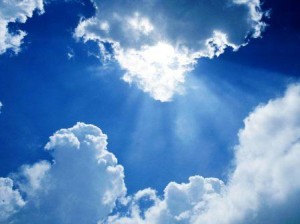 CloudHost to put it simply, cloud is always hosted but not vice-versa. That is to say that not all hosted applications are necessarily in the cloud. Matters are, of course, further complicated by the confusing distinction between the “public” cloud and the various “private” clouds. So what does it all mean?

Well, at the most basic level, a hosted application is a piece of software that runs in a remote location, i.e. not in the same building or site where the users are. Most commonly people would refer to hosted solutions as those that run in a data centre somewhere while the users can be in distributed distinct locations.

In some instances, the users of hosted applications would either own the servers on which these systems run or rent these servers from the hosting data centre that they happen to use. In some cases, they would actually own the data centre itself. In essence, what makes a system or service hosted is its geography, i.e. the fact that it is located (or “hosted”) in a different place.

ObscuredByClouds Cloud, on the other hand, means that in addition to being hosted, the location and infrastructure supporting the “cloud” application cannot be easily determined and is usually in the hands of the application vendor who will simply provide access to the system without necessarily specifying how it is delivered to the user.

In a sense, the name of this type of application delivery is derived from the fact the precise location of the infrastructure upon which the software relies is “obscured by clouds” (please excuse the oblique reference to something that only die hard Pink Floyd fans will be aware of). In effect, any cloud architecture is an abstraction of the hosted model.

Just as an aside, the distinction between the public cloud and any private cloud is usually defined by the ownership of the cloud based infrastructure. A global organisation may decide to host applications using cloud-type techniques within a network of its globally interconnected own data centres, for their own dedicated use.

In effect, these organisations are creating their own private cloud as their own users would have no idea where the applications they use are hosted around the globe. A public cloud application on the other hand could be hosted in distributed data centres (such as Salesforce.com or Oracle On Demand) but accessible by anyone.

A good analogy would be to think of the difference between private and public clouds as the application equivalent of the distinction between an intranet and the Internet.

Mirror As cloud solutions are an abstract or virtual form of hosting, they tend to struggle at the touch points between the abstract and the concrete. This is rather similar to the difficulties that virtualisation tends to encounter whenever it needs to come into contact with physical devices. Think about trying to shake hands with a hologram and you will understand the problem.

The obvious corollary of this difficulty in the call centre world is that pure cloud systems cannot easily integrate with any physical infrastructure that the call centre may wish to connect to. A pure cloud system will struggle to interface to equipment, lines or devices that you already own. This is not the case with a system which is simply hosted.

This is the reason why most call centre cloud vendors tend to bundle everything (telephone lines, minutes, recording, IVR, etc.) into their offerings and may struggle to deliver low-cost high quality telephony to agents. As long as everything is in the cloud, things are relatively simple. Once you try to step out, there is a long way to fall down to the not so fluffy ground.