Danny Singer – Founder & CEO OF Contact Centre Software provider Noetica explains what the contact centre, Jamie Oliver and McDonalds all have in common. 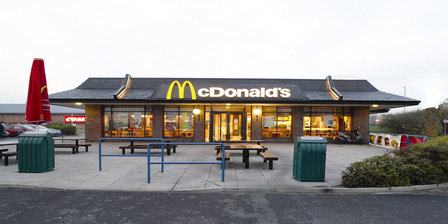 Let’s say that you, the budding entrepreneur, have managed to come up with an idea for a widget that people may actually want to buy. Great! What that means is that you have taken the absolutely crucial first step to a successful business.

Unfortunately, this is just the beginning of an absurdly long and perilous journey towards a profitable enterprise.

The main barrier standing in your way is finding a method of consistently producing and delivering your product repeatedly and on a large scale at low cost and to the same high quality standards of (or indeed better than) your original prototypes.

Efficient and accurate reproduction is key to any enterprise.

From the Gutenberg press via Andy Warhol’s tins of Campbell soup and endlessly replicated images of Marylin Monroe or Chairman Mao and right through to the proliferation of online material on many millions of different devices today, mass reproduction and replication has been the engine of progress.

Of course, there is a delicious irony in all this, which was certainly not lost on Warhol, in the sense that the better one becomes at reproducing an idea or an object, the more that object or idea becomes devalued (and its meaning diluted). The millions of cheap posters of the Mona Lisa or of Dali’s liquid clocks may have certainly devalued the experience or mystique of the original and may in some circles be considered vulgar.

However, one person’s devaluation is another’s cost saving and without these “vulgar” posters very few people would have been able to enjoy and appreciate the enigmatic smile of La Gioconda.

TV chefs such as Jamie Oliver, Gordon Ramsey or Nigella Lawson owe their success largely to their ability to demonstrate ways of following recipes which deliver consistently high quality food in a repeatable fashion and within predictable times. Jamie’s 30 minute recipes have now become 15 minute recipes. Things are speeding up!

Taking this to its natural conclusion, one of the key influencing factors in the phenomenal success of fast food chains such as McDonalds, KFC or Pizza Hut lies in the fact that whatever outlet you happen to be wondering into, whether in Manhattan, Moscow or Beijing you will get precisely the same Big Mac or Colonel’s chicken. This success is not just because some people don’t like surprises and prefer the comfort of the familiar, but because as businesses, these chains deliver consistency on a global scale.

Contact centres are no different, in the sense that key to their success is the ability to deliver consistent, repeatable interactions in an effective and efficient manner. Yet, most fail to deliver anything near that.

As not every agent is a Jamie or Nigella of the customer contact world, and it would be foolish to expect them to be, it makes sense to train them to the level where they can follow an interaction recipe confidently and consistently. A call script is nothing more than a contact centre recipe. The agents’ personal talents or proclivities would allow them to interpret those recipes in slightly different ways, but the end result will tend to be broadly the same.

Not providing contact centre agents with intelligent, easy to follow call scripts is like asking someone vaguely familiar with a frying pan to produce a selection of mouth-watering celebrity chef dishes by heart and without stealing the slightest glimpse at the recipe book. Would they remember that crucial ingredient or the correct amounts? More importantly, would you be brave enough to taste their concoctions? I somehow doubt it.

Of course, it is easy to see where this metaphor may falter. If one were to follow the same recipe several times every hour, day in day out, they would no longer need the written recipe. That is a reasonable objection, up to a point. Handling calls in a modern contact centre is more akin to memorising an entire cookbook or even a whole shelf full of cookbooks. So perhaps most agents would remember how to handle the most common calls but the problem starts at the point where a less common call needs to be dealt with.

This raises the question of the need to actually employ human living agents for the purpose of handling the more common interaction types. By analysing the paths that agents take through call scripts smart businesses can obtain valuable insights into the types of repetitive, low skill activities which may be streamlined by tightening the script or perhaps better handled through automation via the website or IVR.

Contact centres are nothing more than interaction factories and we shouldn’t be ashamed to admit it. Pretending that this is not the case is nothing but an affectation. They came into existence in order to deliver economies of scale in a centralised and efficient way in a manner akin to the production lines found in any other factory environment.

However, as these “interaction factories” have not been around for as long as their older cousins, which have been producing physical goods from tractors to semiconductors for many years, they are still to some degree in denial as to their industrial identity. Thus contact centres are still to develop the efficient methods that real factories have been deploying for many decades.

I would go as far as to suggest that contact centres are at a similar stage that manufacturing was prior to the industrial revolution. In many ways they are still somewhat artisanal in their nature and quite proud to be so. It is quite often that one hears contact centres taking pride in their “handmade” and “personal” customer contact. Although this may sound wonderfully quaint and caring, it is nothing but another way of admitting that they operate inefficiently.

Labour is still by far the highest cost associated with the operation of any contact centre. This is the main reason why there has been a rush to relocate contact centres to the same places that we now use to manufacture trainers, T-shirts or circuit boards. The results have been disappointing. This is because the “production” process in contact centres is not yet at the level of maturity and refinement that is the hallmark of factory production lines.

In the same way that we largely no longer produce physical goods in workshops by hand using raw manual manpower, we need to think about ways of streamlining contact centre interactions through the use of contact centre technology to the point where humans only need get involved in unusual cases where common sense and intelligent judgement may be required. Key to this is the adoption and de-vilification of sophisticated variants of call scripting.

When used judiciously, as a tool that formalises a wide range of business processes, call scripting becomes the engine behind the contact centre “production lines”. Products like Synthesys™ from Noetica are at the forefront of this new industrial revolution.