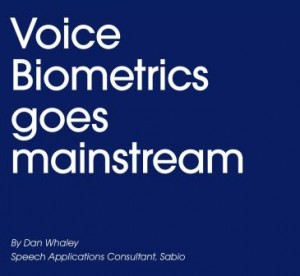 1. Fraudsters stepping up their game
In the Government’s 2015 Information Security Breaches survey, research conducted by PwC suggested that nearly nine out of ten large organisations have suffered some form of security breach, with the figure for smaller organisations standing at 74%. This was up on the previous year, where the figures were 81% and 60% respectively.

Security breaches are clearly on the increase; however what’s perhaps more disturbing for business is that the ultimate cost of these breaches is also escalating. When factors such as business disruption, lost sales, recovery of assets, fines and compensation are all considered, the average cost of a breach to a larger organisation now stands at some £1.46 million – up from less than half that figure a year ago.

For some the damage can be disruptive in terms of both cost and reputation. When TalkTalk was hacked last year, for example, personal data for over four million customers was stolen, and the brand’s value in terms of share capital reduced by £360 million. Perhaps more disturbingly, analysts from Morgan Stanley estimated that the breach could result in a potential net loss of some 25,000 TalkTalk broadband customers over the next year.

What’s clear is that fraudsters are stepping up their game, and it’s not just the financial services sector that is at risk. Opus Research cites the annual Data Breach Investigation Report (DBIR) that lists 37% of breaches as affecting financial institutions, 24% in retail or restaurants, 20% in the IT and business services sector, and 20% across manufacturing, transport and utilities.

Opus Research also suggests that factors such as the consumerisation of IT, continued growth in hosted solutions, the move towards Bring Your Own Device at work, and the rise in mobility and widespread smartphone penetration are all combining to amplify potential security risks. Inevitably as consumer usage of increasingly powerful and connected PCs and smartphones scales, there is a proportional growth in the number of fraudsters with access to these kinds of devices.