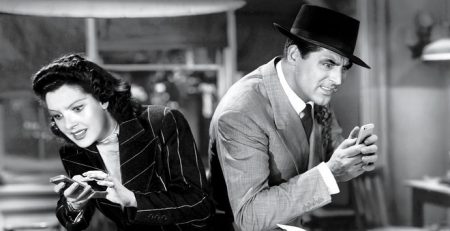 Ask any expert and they will invariably tell you that the third absolute and inevitable certainty after death and taxes is that predictive diallers will generate abandoned calls. Indeed, they will explain that the very nature of the probabilistic algorithms which form the foundation of any predictive dialler is such that it cannot guarantee a free agent to always be available whenever a dialled call is answered, and for this reason calls will sometimes need to be abandoned.

As this is unarguably true, it is unsurprising that Noetica’s recent announcement of a new technology claiming to deliver high performance genuine predictive dialling with virtually zero abandoned (dropped) calls has been met with some scepticism. However, in Galileo’s immortal words: “E pur si muove” (And yet, it moves).

The recently launched SNoDrop technology from Noetica, announced to coincide with the coming into force of the revised Ofcom policy statement on the persistent misuse of telecommunication networks (on March 1st), claims to achieve the hitherto impossible: a high performance, red blooded, predictive dialler that does not drop any calls. None. Zero. Zilch.

Ofcom themselves have confirmed at a recent DMA event that they have seen it at first hand in action at ResQ Outsourcing Ltd and it does indeed deliver the seemingly impossible. Indeed ResQ have achieved a world first and on the 4th May 2017 became the first contact centre to dial predictively at scale and not abandon a single customer call across their entire estate of hundreds of agents.

Figures show that even though the volume of outbound dialling has actually gone up overall, the number of abandoned calls has steadily reduced to zero as the full solution has been rolled out programme by programme.

SNoDrop has been deployed in live production since 2016 for hundreds of call centre agent positions at ResQ who have been fundamental in shaping both SNoDrop within the context of their broader initiative, Responsible Telemarketing, to ensure zero abandoned calls without any loss of productivity can be achieved. Having carefully scrutinised the results over many months it was categorically demonstrated that the predictive dialler’s equivalent of the philosopher’s stone had indeed been found.

Statistics show that after implementing and then refining SNoDrop in the context of Responsible Telemarketing, the number of abandoned calls drops to zero. At the same time the AWT actually falls from an average of 28 seconds to an average of 18 seconds.

The implications of this development are far reaching.

First and foremost it provides a clear answer to the question whether the new Ofcom statement of policy is effectively a ban on the use of predictive diallers. That answer is a resounding “no” as the allegedly immutable link between predictive dialling and abandoned calls has been demonstrably broken.

Secondly, it answers another important question. What might be the safe upper limit for a dialler’s ACR (Abandoned Call Rate) that would guarantee immunity from Ofcom’s unwanted attention? The answer to that question is now clearly zero. Ofcom have been coy in providing such a figure, or ‘safe harbour’ as they call it. Now we have it. It is 0.00%. In other words, it is absolute zero with a margin of error of one abandoned call for every 10,000 live calls made.

Thirdly, it sets a benchmark against which all predictive dialler vendors can measure their technologies. If absolutely safe predictive dialling, with zero abandoned calls is possible, why would any call centre settle for anything else? It stands to reason that dialler operators will ask more of their suppliers in the not so distant future.