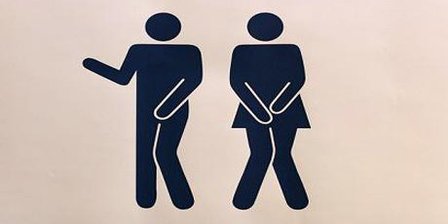 In the UK contact centre industry there are certain things which can be categorised as being an ‘Urban Myth’ such as agents being cautioned for spending too much time ‘spending as penny’ – But is this true or simply an urban myth?

In the latest development contact centre staff at Plymouth City Council are being accused of staff taking comfort breaks which are “excessive” and “far beyond acceptable levels which has subsequently been challenged by GMB Regional Officer Tony Dowling.

In a response to Management at Plymouth City Council the GMB Union claimed that the accusations were ‘Ludicrous’ and a ’tissue of lies”.

“These comments and assertions are both as unfortunate as they are untrue, but they gain traction with some members of the public.

“Where is the evidence? Our members deny that this is a prevalent issue. It was clear from last year’s acrimonious negotiations around customer services that changes were coming, but they were based on a series of very flawed arguments and rationale, although we do not dispute the economic reasoning for change”.

“No-one has been asked not to take ‘comfort’ breaks, nor has anyone been stopped from taking these breaks. We have asked our customer services staff to follow the same rules about breaks to ensure there is appropriate cover for the service and to make sure everyone is treated fairly”

“As part of our continuing efforts to improve the service for our customers, we have reissued guidance to our contact centre staff so that they are clear about when they can take breaks.

“All full-time staff in customer services are paid for two ten-minute breaks each day as well as their allocated lunch break. This is decided via a personal preference from 30 minutes to up to an hour.”

Have you either experienced this is your contact centre or imposed time limits on staff?

We would welcome your comments – Email