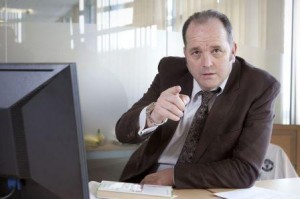 Neville Wilshire, the star of BBC 3’s TV series The Call Centre, is being persused by the Legal Department of the Union GMB who are seeking to recover  £30,000 ‘owed’ to staff at RIS Insulation Ltd after they were made redundant in October 2014

Mr Wilshire took over RIC Insulation, a loft and cavity wall insulation specialist company, in August 2013 and closed the operation down on  October 30th with immediate effect and with no consultation with employees.

In November 2014 GMB publicly called on Mr Wilshire to meet his legal obligations and pay redundancy monies, holiday pay and pay in lieu of notice or monies owed from overtime work that had not been paid.

Mr Wilshire in response said: “The directors can confirm that the salaries due from October were paid on time and that they are currently working to collect invoices due to them in order that redundancy payments can be calculated and processed.

“We will keep in touch during this period to advise the individuals concerned of likely timescales.”

As of 20th January staff have received no letters or had any contact whatsoever. 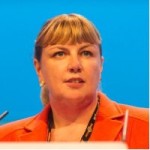 “GMB has instructed UNIONLINE to pursue an aggressive debt recovery strategy to ensure that GMB members are paid the £30,000 plus they are owed by TV celebrity Neville Wilshire.

UNIONLINE will apply to wind up relevant corporate entities not in administration and will investigate what personal action we can take against directors who acted in bad faith. Our lawyers will also investigate whether these directors acted fraudulently.”