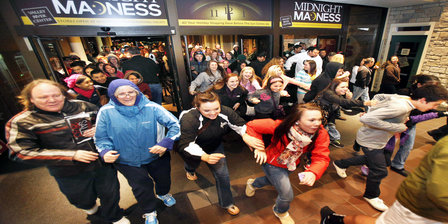 Black Friday shopping across the UK reached record levels this year. But, if you’re wondering why you didn’t see scenes of shoppers battling in the aisles on your TV screens, it’s because pretty much all of this year’s shopping was done online. With overall Black Friday sales up 36% over 2014 but with in-store sales falling 4% on the day, this is the strongest evidence we’ve seen yet that Christmas shoppers eager to avoid the crowds are turning to digital.

In the midst of the busiest online shopping day in UK history, we mystery shopped the customer service support delivered by ten of the UK’s top retailers – every one of them a top quartile performer in the respected KPMG/Nunwood Customer Experience Index. While they were all doing a great job over the traditional phone channel – with response times as low as 2 seconds and an average of 15 – their performance on digital channels ranged from ‘average’ to ‘disappointing’. 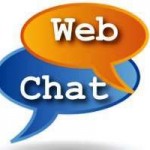 Despite the fact that 62% of shoppers are likely to complete a purchase when supported by webchat[1], 7 out of 10 of our retailers didn’t offer it. We know that many of them typically do, but suspect they’d turned it off on the day. One we spoke admitted to doing so because they simply weren’t geared up to manage the demand. Shame.

A better balance could have taken the pressure off their phone lines and secured even more sales. It would be interesting to do a count of abandoned baskets and work out exactly what that switch-off might have cost them. 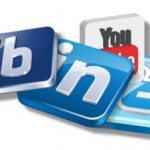 Congrats to retailers on social – all but one were offering support via Twitter on Black Friday. Response times though were less impressive than they could be. In a world where consumers expect an under 2-hour response time on social[2] only five hit the target – well done Amazon, ASOS, AO.com, John Lewis and Selfridges. M&S at over six and a half hours and Lush only half an hour quicker might want to consider their approach to a channel where immediacy is the pre-eminent customer concern. 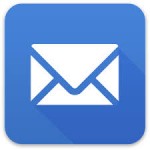 Three of our retailers made it very difficult to email or did not respond. That’s a pity since it’s the number two or three preferred contact channel for consumers across all age groups – from Generation Y to the golden oldies born before 1945[3].

Response times were nothing to write home about either – a shocking 12 hours for the weakest performer, though a very speedy ‘under an hour’ for Amazon.

The phone is not a digital channel

The truth is, at a time when shoppers were voting with their feet and walking away from ‘traditional stores’ to digital channels, retailers were heading in the opposite direction – retreating to their customer service comfort zone and driving as much traffic to the good old phone channel as they possibly could.

You might say it doesn’t much matter. Shoppers got the goods they wanted (without sore feet or a punch up) and the service on the phones was pretty good. But retailers can’t allow the Black Friday experience to become their default response to pressure and high volumes. The consumer shift to digital channels is relentless, unstoppable and – if they get it right – their best possible opportunity to reduce their customer service costs as they watch sales performance soar. 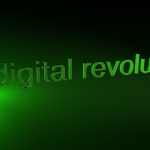 It’s absurd that any retailer should have to shut down webchat – a tool whose raison d’etre from the outset has been to take pressure off the phone – because they can’t cope with volumes. Black Friday may have been an exceptional day but, with Christmas sales this year predicted to be up 20% overall on last year[4]; it’s symptomatic of a super-busy season in full swing.

Retailers have always had to spend a lot of time predicting and preparing for the massive seasonal surge in volumes that kick off when the first twinkle of the Christmas star appears above the horizon. In a digital world that task has become a whole lot more complex – they have to plan not just how much demand they’ll have to handle, but where best to handle it. Balancing demand across a range of channels instead of just one or two is hard science but not impossible. With our retail clients (and others who face seismic season shifts) we’re using an analytics-based approach to customer journey mapping and demand control that’s allowing us to shift the balance of contact to the digital channels customers prefer. And, along the way, we’re cutting out unnecessary contacts, repeats, transfers, re-starts and abandoned baskets. More sales. Less pressure. Isn’t that what we all want for Christmas? 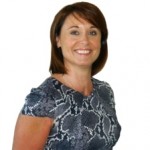 For additional information on webhalp UK

or view their Company Profile