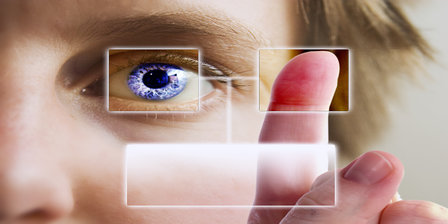 In preparation for the launch of Windows 10 later this year, Microsoft recently announced that its next generation operating system will feature built-in support for a range of biometrics-enabled login security options including fingerprint, facial and iris recognition.

This follows the news that both RBS and NatWest customers can now access their bank accounts and carry out basic tasks on their iPhone – providing they use Apple’s TouchID fingerprint reader security feature.

What both these announcements show is just how quickly biometrics technology – previously seen as being a future innovation – is now being adopted by mainstream brands for everyday applications. The combination of ease-of-use, functionality and accessible costs mean that biometrics is quickly assuming a key role in both identification and verification processes.

As biometrics acceptance grows, we’ll continue to see the technology develop. An example here would be the Nymi Band that senses a wearer’s heart rhythm and compares it to a stored record. Targeted at payment systems applications, this technology has already received investment from MasterCard.

While there isn’t a single biometrics approach that solves every scenario, it’s clear that we’re going to see the different technology types deployed more widely through 2015 and beyond. For those organisations still unconvinced about biometric security, recent mass rollouts would suggest that biometrics is here to stay.

Stuart Dorman is Head of Consultancy at Sabio.