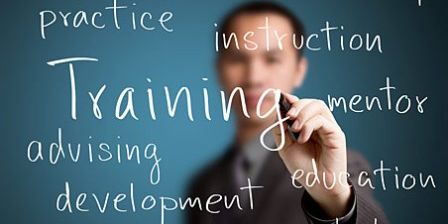 Do you use practice in your telephone skills training? Some trainers avoid role-play because it’s so, well, risky isn’t it? Some delegates say they’d rather die than take part, while others love showing off their latent acting skills – not always to the benefit of the whole group.

But the benefits of doing practice for telephone training far outweigh the problems. Most importantly, people retain ideas longer when they actually experience them. A now famous IBM study, replicated by the UK Post Office, shows this clearly.

Follow these six essential simple do’s and don’ts to help your training role-plays run as smoothly and effectively as possible.

1. DO get the brief right

Use a pre-course questionnaire to find out in advance what type of calls cause problems for participants, and why. Use these to generate role play briefs for both the call initiator and receiver.You can use the briefs as they are, or as a guide for delegates to generate their own ideas for suitable practice scenarios.The benefit of this approach is that delegates engage with the benefits of the training before the role-play starts. You can also match them with scenarios they are likely to feel more comfortable with.

2. DO introduce the role-play in a positive way

As the trainer, your attitude will guide the expectations of the group. Be enthusiastic, but acknowledge people’s fears. Highlight the benefits of role-play and emphasise that it’s about practising new skills in a supportive environment. It’s less risky than trying them out with a real-life customer!

3. DO give everyone the chance to practice

If you don’t have call recording equipment, then have delegates form groups of three – an initiator, receiver and observer. Guide them in giving constructive feedback, and make sure they swap roles so that everyone benefits from each role. Playing the customer or the observer can be just as insightful as handling the call.

4. DON’T make the scenarios too long

Keep it short and simple. The more they have to remember, the more they’ll forget, and they’ll end up fumbling with the script.

5. DON’T have them perform in front of the whole group

The extroverts will ‘play the gallery’ while the nervous are even more likely to freeze. Use pre-prepared video or audio to demonstrate the model behaviours to the group.

If it goes well it will only confirm what they already know – that you are an expert. And if it doesn’t, well…let’s not go there!

Telephone skills role-plays can be fun for the delegates and for the trainer, but as in real life, be prepared for the unexpected. That is, after all, what role-plays are designed for.

Mandy handles most of the sales and business development for the company. She was part of the original PhoneCoach team from 1981 – 1990 and stayed in touch with the company after leaving to set up and run her own successful teambuilding business. Her conviction in PhoneCoach was always unshakeable so when the opportunity arose in 2005 to buy it, she returned to PhoneCoach as its owner.