UK retailers are performing poorly on social media for customer service, but are becoming more effective at answering email enquiries. This is according to the Eptica Multichannel Customer Experience Study, which found that email was the best performing channel for retail service, with 63% of questions answered, ahead of websites, which successfully provided answers to 60% of routine queries. Twitter brought up the rear, with just 33% of queries answered effectively.

The research also reveals that retailers are not providing consistent information or service across multiple channels with only 13% providing similar answers to the same question.

The study, carried out by multichannel customer interaction management software provider Eptica, evaluated 40 leading UK retailers, split between 4 sectors (food & wine, consumer electronics, entertainment and fashion). It replicated consumer behaviour by measuring them on their ability to provide answers to ten routine questions via the web as well as their speed and accuracy when responding to email, Twitter and web chat.

Eight out of ten (83%) retailers in the sample were on Twitter, although only 33% responded successfully to tweeted questions. The average Twitter response time was 13 hours 10 minutes, not helped by one retailer taking over 76 hours to answer. Removing this straggler more than halved the average to 6 hours 44 minutes.

Email saw noticeable improvements. 75% of retailers responded to a question sent to them – though less than two thirds (63%) answered it successfully. The speed of email response has improved dramatically to an average time of 35 hours and 43 minutes – over one day less than the average email response time (66 hours 52 minutes) in a similar Eptica study in 2012.

Retailers topped the overall Study when it came to answering questions on the web but were also bottom of the sectors surveyed – fashion scored an average of 79% while entertainment and electronics retailers managed only 52%.The overall retail average was 60%, up from 53% last year, but this means that 40% of questions are still not answered online. The range of responses showed a real gulf between best and worst – 10% of retailers (4 companies) scored 9 or 10, while 17.5% (7 companies) were only able to answer 3 or fewer questions.

Despite the move to multichannel, Eptica’s analysis reveals retailers are failing to deliver choice. Just under three quarters (73%) offered email and Twitter alongside their websites, and only two (5%) provided web chat as well. Consistency was poor, with just 13% of retailers providing similar answers on two channels. Two fashion retailers gave conflicting answers on Twitter and email – denying the existence of an ethical sourcing policy on one channel, and providing a link to it on another.

There was also evidence of inconsistency in performance between different channels. The electronics retailer that answered an email in 7 minutes took 76 hours to reply on Twitter to the same question.

At the time of the research, just 3 of the retail companies (8%) had web chat deployed, although others advertised it on their web sites and simply did not have it working at the time or have introduced it subsequently. Those that did offer chat, principally electronics retailers, benefited from its speed and flexibility – 83% of interactions received satisfactory answers in an average time of 4 minutes. 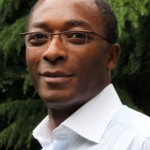 “The retail sector has been revolutionised by the expansion of digital channels, meaning retailers have to answer more questions, across more channels, than ever before,” said Olivier Njamfa, CEO and Co-founder, Eptica. “However, our study shows that, while some retailers are leading the way, many are failing to deliver fast, accurate responses and consistency across channels.”

“Most retailers are already planning for Peak 2014, but before going into IT lockdown there is still a chance to review the study results and act on our recommendations around benchmarking performance, increasing engagement and driving efficiency to deliver improved revenues this Christmas.”