Cloud Formations in the Contact Centre – Danny Singer, CEO, Noetica dispells the myths surrounding the cloud in the contact centre and explains how it was implemented at outsourcer ResQ 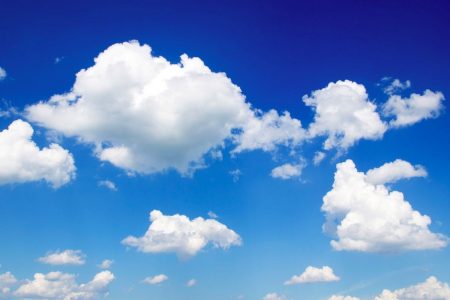 “There’s no such thing as ‘the cloud’, it’s just somebody else’s computer”. Amusing, yes but not entirely true. These days the cloud comes in many different flavours and can range from public cloud to private or hybrid cloud and from cloud services to cloud or hosted platforms. It is consequently no longer sufficient to refer to cloud as some vague notion of outsourcing infrastructure worries to someone else.

We should therefore be thinking about ‘degrees of cloudiness’. In other words, when looking at a software solution, instead of asking the binary question: “Is it cloud based?”, the correct question to ask may be: “How cloudy is it?”. The answer of course can range from “not a cloud in the sky”, i.e. purely premises based within a single location, to “completely overcast” in the sense that we are looking at a pure serverless architecture delivered from an indeterminate and fluid selection of data centres.

The diagram above is just a rather simplified illustration of the idea of a granular scale of degrees of “cloudiness” which may be attributed to a software solution. Such a measure of how ‘cloudy’ a solution may be could range from an internal private cloud (say 10% on the cloudy scale) to a completely ‘serverless’ public cloud solution deployed on a public cloud platform (100% cloudy).

There is widespread confusion as to what the threshold may be on such a ‘cloudy scale’ above which a solution may be deemed to be ‘cloud based’. There is certainly no consensus amongst industry specialists while the issue is further clouded (excuse the pun) by various vendors claiming to deliver so called cloud-based solutions while still scoring pretty low on the cloudy scale.

Of course, the question that begs itself at this point is whether scoring higher on such a scale is always a good thing. The answer to this question appears to be a resounding no, as for each organisation there must be an optimal level of ‘cloudiness’ at which they should be consuming each technology product in their estate. This optimum is not entirely subjective as it needs to balance the organisation’s operational needs (including functionality, resilience, accessibility, etc.) with the size of the operation, type of application as well as financial considerations.

For some organisations, on premise may be the perfect option while for others a pure cloud solution may be best. However, for most users the optimum sits somewhere between these two extremes. Finding this optimum is not just an IT challenge, but a decision which needs to involve all aspects of the business. Moving up the cloudy scale delivers a whole range of benefits such as:

– Reduced need to manage IT infrastructure (thus fewer IT staff)

– Built in resilience and disaster recovery

However, there are considerable down sides as well as one climbs higher up the scale:

– Upgrades and their timing are out of the user’s control

Quality of service cannot be easily (and cost effectively) guaranteed

As the operation grows, costs may spiral out of control

At Noetica, we have been working with our customers to try and find the optimal position on the ‘cloudy scale’ that would be most appropriate for our product range to be deployed at. This may be different for each customer. For instance, some larger enterprises have chosen to deploy our solution as a private cloud from within their own corporate data centres. This gives them full control over their own data as well as the ability to deploy the solution in any of their locations worldwide.

However, although ideal for some enterprises, this scores pretty low on the cloudy scale, so other customers have opted to aim higher and work with us to deliver the Noetica solution within a private cloud delivered directly from the Microsoft Cloud (Azure).

ResQ is a successful and rapidly growing contact centre outsourcer based across two locations in the Northeast of England. Their motivation for climbing higher on the cloudy scale was their need to cope with forecasted vertiginous yet unpredictable growth and seasonal fluctuations. Noetica’s capability to deliver the solution from the Microsoft Cloud meant that ResQ could flex their number of users at short notice.

However, they did not wish to sacrifice their ability to have full access to their data and control the timing and pace of upgrades. As a result, their optimal point on the scale became obvious. A private cloud platform delivered from the Microsoft public cloud was the perfect solution. Combining this with high speed data links into the Microsoft Cloud completed the picture, allowing ResQ to guarantee quality of service while enjoying the benefits of the cloud solution that they needed.

ResQ are currently employing many hundreds of call centre agents on this platform from two separate locations and forecasting strong growth in the near future. This is a great example of an organisation that has managed to find their optimum position on the cloudy scale by working with a technology provider such as Noetica that is not fixated on one or the other extreme of such a scale.

The cloud is here to stay. However, it doesn’t always have to come in its purest form. In fact, for most organisations, the purest form of cloud delivery may be toxic. In the right measure it can cure many ills, but overdose on it at your own peril.

Danny Singer is CEO at Noetica

Established in February 1997, Noetica is a British, London based software company specialising in the product development and delivery of customer contact systems. Since 2010, following a successful management buyout, Noetica has been fully owned by the senior management team and has been growing profitably year on year.

The company employs a hand-picked team of over 25 talented, passionate and dedicated people most of whom have been with the company for many years and have an encyclopaedic knowledge of its technology and the customer contact industry.

Noetica’s products help contact centres of all sizes (from 10 to 1,000+ seats) across the globe to achieve continuous improvements in the quality and efficiency of their business activities.