– Younger UK adults ages 18-24 are most demanding, with over half expecting a response to their query within the hour

– More men expect a near immediate response, whereas women seem to be more realistic

New research from Lithium Technologies reveals fast changing expectations for online customer service in the UK is being pushed by younger tech-savvy generations.

The survey found that an overwhelming majority of UK adults (75 per cent) expect online queries to be dealt with the same day and nearly half (47 per cent) expect a reply within the hour, up from 67 per cent and 30 per cent respectively in 2014.

The survey of more than a 1,000 consumers lifts the lid on customer expectations, and shows the extent to which brands are falling short in satisfying their consumers.

The research reveals that millennials (ages 18 to 24) are by far the most demanding generation, with 55 per cent expecting a response within the hour, compared to 41 per cent of people aged 35 to 54.  And men are the more demanding gender when it comes to customer service demands, with 23 per cent expecting a near immediate response to a query, whereas women seem to be more realistic (15 per cent).

Further evidence shows that customer service habits are changing, especially when it comes to the preferred method of contact, with more than three in five (62%) UK adults revealing they only call a 0800 or other toll-free numbers for customer service issues as a last resort. 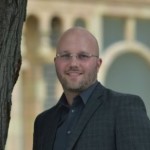 “As technology has evolved, so too has the need for immediacy in customer communications,”

“Brands need to do more to meet their customers’ expectations by engaging them online, or risk losing them to more digitally-advanced companies.”