Energy companies’ customer service standards have fallen to a new record low. This is according to the latest Citizens Advice star rating table published today.

The table rates customer service between January to March this year. Amid rising call waiting times and customers saying they can’t get hold of their supplier, the average score (2.8 stars) is the lowest on record. 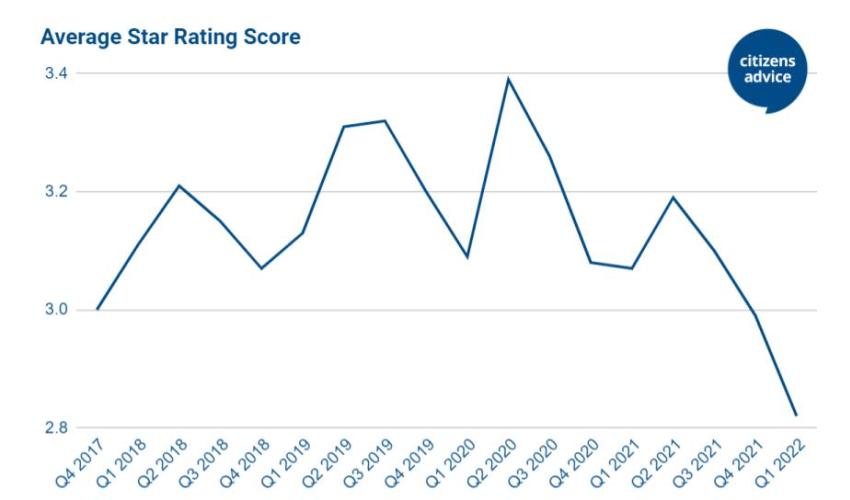 Standards have plummeted since June 2021 when the energy market started to collapse, with millions of customers shifted to new suppliers as a result of their own provider failing.

Citizens Advice is warning the decline is happening at a time when people need good customer service the most. Between January and March 2022, the charity’s Consumer Service helpline saw more than 70,000 cases related to energy issues – a 63% increase on the same period the previous year.

Even at the top of the table, standards are spiralling down. The highest score is now just 3.6 stars, compared to 3.85 in the previous quarter and 4.65 at the same time in the previous year.

Families at risk of being left in the dark

Energy suppliers are obliged to help people who can’t afford their bills, but Citizens Advice warns they’ve been struggling to cope with increased demand over the past year.

The charity is particularly worried about people on prepayment meters, who are at risk of having no gas or electricity if they can’t afford to top up.

Citizens Advice is calling on energy companies to urgently improve processes and ensure staff are able to support customers who are struggling. It warns that without swift action to tackle poor customer service, standards will only worsen when bills are expected to hike again this winter, as even more people will need support.

Companies slower to answer the phone and respond to emails

The average time to wait on the phone to speak to an energy supplier is now around six and a half minutes (391 seconds), compared to just under four minutes (224 seconds) during the same period in the previous year. Customers of one supplier face an average call waiting time of more than 16 minutes. 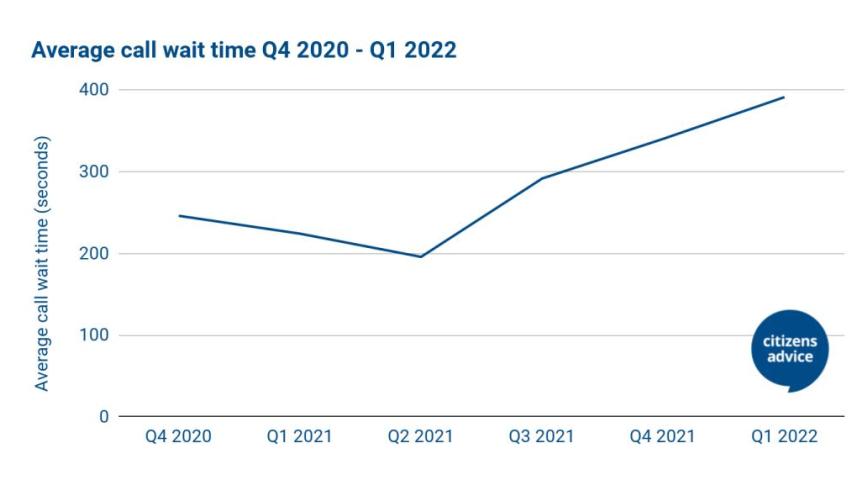 Companies are also getting slower to respond to emails. On average, suppliers responded to 62% of emails within two working days, compared to 66% during the same period in 2021.

Graham’s story: ‘I’m so stressed and I’m seriously considering giving up my home’

Graham cannot work due to a number of health conditions. He receives Universal Credit and Personal Independence Payment (PIP). He lives alone and struggled to afford £50-a-month energy bills. Now his bills have more than tripled, Graham’s extremely worried about how he will cope:

“I’ve asked my supplier to take the payment on a certain day to make sure there’s money in my account, but they take it whenever they want. When I try calling them it’s so hard to get through to someone. And if I do, they basically say there’s nothing they can do.

“There have been a few times that they’ve left me with no money. This has meant I’ve either had to contact my bank to get the money back or go to the food bank.

“I try to use as little gas and electric as possible. I rarely cook, I don’t use the lights unless I absolutely need to. Because of my health, there can be a week or longer that I go without using any energy as I can’t get out of bed.

“In May my fixed energy plan ended and my supplier said my new direct debit will be £180 per month. How on earth am I expected to pay that? I’m so stressed and I’m seriously considering giving up my home and moving into a shared property as I just can’t afford the cost of energy.” 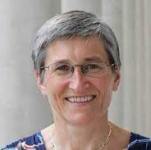 “At a time when customers need all the support they can get, it’s worrying to see service performance is the worst on record. This leaves people frustrated and in the dark at the end of the phone.

“For many families on low incomes, life will get even harder when the price cap goes up again in October, despite government support.

“We recognise contact centre staff are working incredibly hard to answer as many calls as possible, but energy companies must do better.  This should include improving support services for people struggling the most. Ofgem should make sure suppliers are following the rules, and take action where needed.”

‘We give advice to millions of people’

Our network of independent charities offers confidential advice online, over the phone, and in person, for free. When we say we’re for everyone, we mean it. People rely on us because we’re independent and totally impartial.

We also give advice on consumer rights on our consumer helpline, support witnesses in courts through the Witness Service and give pension guidance to people aged over 50.

For additional information on Citizens Advice visit their Website 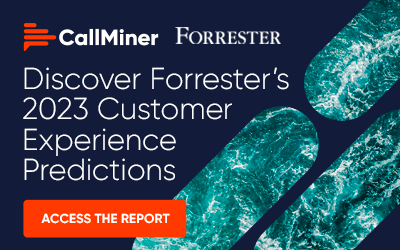