More than a hundred jobs have been secured in Forres after they were deemed at risk following a major contract delivered by contact centre operator Capita moved to another provider.

Highlands and Islands Enterprise (HIE) has been working with the new contractor, Kura, with a view to securing the future of the Forres centre.

The development agency offered business and financial support to help the company locate in Forres and implement its expansion plans.

As a result Kura has now confirmed it will maintain the Forres centre, securing more than 100 jobs. The company’s expansion plans over the next two to three years, are expected to create up to 150 new jobs.

A recruitment drive will begin in the coming weeks. HIE will be working with Skills Development Scotland and Job Centre Plus to help Kura recruit quality staff for the new roles.

“We’re delighted to be opening this major new site in Forres, bolstering our already strong presence in Scotland. Enterprise Park offers a fantastic platform for

our expansion within the UK and will create new jobs for those in the region.

We are confident that the people we have in Forres will enable us to deliver the very best service for our clients.”

“It is fantastic that the future of the contact centre in Forres has been secured. Our enterprise agency HIE has been working intensively with Kura since the contract was confirmed to offer every support they can to help retain the jobs in Forres. I have been personally engaging on this issue in support of the Forres site and its staff and I am delighted to see a positive outcome which is great news for the workers, their families and the wider local community.

“In the same week that Keith Brown, Cabinet Secretary for Economy, Jobs and Fair Work, visited the Highlands to sign the Inverness City Region Deal. I am encouraged that Kura is now looking to recruit additional people for the site in Forres, which is welcome news for the local economy.‎” 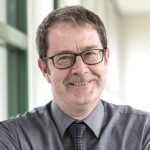 “This is excellent news for Forres and for Capita employees, who will now have the opportunity to transfer to Kura.

“The continued presence of contact centre activity in Forres over several years has created a well-established highly skilled and experienced local workforce.

“With this in mind we have been working closely with Kura since they secured the contract. Our support package enables the company to locate the work in Forres, as well as facilitate its plans for expansion.”

A total of 117 people are employed at Capita’s contact centre on the Enterprise Park Forres. Most if not all of these are now expected to be able to join Kura as part of its expansion.