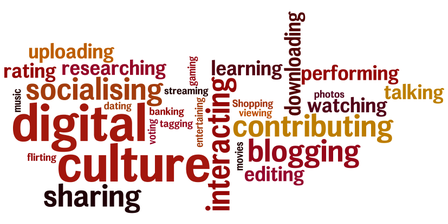 While at the time of writing, the identity of the next Government remains shrouded in mystery, what is clear is that 2015 has been the first truly digital election campaign in the UK.

According to statistics portal, Statista, the smartphone user penetration rate in 2010, the year of the last election, was 20%. This year, that figure has grown to 72%. Some 35 million people, 50% of the UK’s population, are now Facebook users, with the social network even telling UK users to register to vote at Gov.uk by filling out a newly launched online registration form.

A recent survey of UK Twitter users commissioned by Twitter and carried out by Promise Communispace found that one in three (34%) of surveyed UK Twitter users aged 18-34 had changed their vote from one party to another based on something they have seen on Twitter while 37% said they would go to Twitter to actively look for information about politics or the UK general election.
It’s all part of an ongoing evolution, of course. Go back a few decades and door to door canvassing was the dominant, if not the only direct method of communication between the parties and the voters.

That has changed over recent polls: first with outbound dialling, sometimes automated, sometimes outsourced to call centre teams, becoming an increasingly important means of reaching out to the electorate, and then with the shift to digital smartphones, online and social media engagement. These kinds of techniques have been widely used in this election, with one of the main parties making use of our own outbound technology to reach out proactively to potential voters.

It’s an evolving approach but it should never simply be about adding the latest and greatest technological systems into the mix. Instead, political parties should be learning lessons from business, where customer service is increasingly polarised by age and needs to be tailored and customised to the likes and dislikes of different groups of people.

A recent Enghouse Interactive poll into the views of more than 2,000 adults across the UK found, for example, that nearly three times more 16-24 year-olds (46%) than 55 and overs (16%) claimed that a brand’s ability to engage with them via social media was important to them. And while just 9% of respondents in the 16-24 age bracket said engaging with a brand using online communications was not important to them at all, that figure rises to 41% among the 55+ category.

There are lessons here for the political parties – understand your target markets and demographics. Make sure you offer social media engagement if you are looking to interact with a younger audience, but focus more on more traditional canvassing via doorstep or phone, or indeed traditional media like newspapers, radio and TV, if you are reaching out to the older generation.

Yet, as in so many areas of life, acquiring knowledge should always be a two-way process. Think of this within your own company, can you learn from the way political parties engage with the electorate? We believe businesses have much to gain from studying the proactive approach these parties take during election campaigns.

Using Twitter to engage in two-way communication with prospective voters, posting information on Facebook about manifesto pledges and policy offers, making it clearer to voters which way to vote, building relationships with the electorate via doorstep and phone communication. They all have a role to play in campaigning at the election. But more than that, they offer a blueprint for business, highlighting the importance of proactive engagement, two-way communication, and keeping the target audience informed – both for political parties and the wider business community. 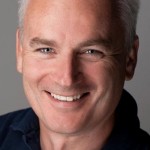