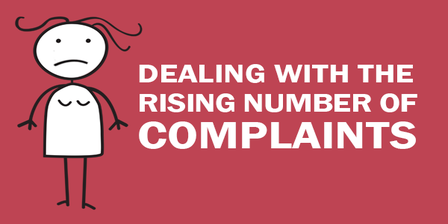 Customer Complaints and dealing with the rising numbers – Pauline Ashenden of Contact Centre solutions provider Eptita discusses the rise and how to resolve them.

Over the last ten years, customers have become increasingly more demanding in terms of the service that they expect from companies. At the same time, and as part of the same trend, governments have acted to make it easier and more straightforward to complain, particularly in industries such as telecoms, utilities and finance. They have set up new regulators and ombudsmen with the power to not only help solve customer issues and award compensation but even to investigate and levy fines on companies guilty of more systematic customer service failings, such as misselling. For example, in the UK, energy regulator Ofgem has fined individual utilities over £4m for mishandling customer complaints.

The rising number of ombudsmen has made it easier to raise issues. Last year British consumers complained more than 66 million times about products or services. That’s an average of one complaint every 1.2 seconds. This actually puts the UK ahead of the US, with 61% of Britons likely to complain if they don’t receive the service they expect, against 50 per cent of Americans.Eptica research also found that 82% of British (and 83% of French) consumers would always or often switch supplier if they failed to correct their mistakes.

However, ombudsman bodies have traditionally only covered specific industries, meaning that a large number of sectors were not supported. To remedy this, and to meet a new EU directive on consumer protection, the UK regulator Ombudsman Services has just launched the Consumer Ombudsman. This body will take all consumer complaints, with a particular focus on retail, home maintenance, improvement or installation services, second-hand cars, car repairs and car servicing. This new service adds to existing channels such as social media and provides a more official way of ensuring the consumer’s voice is heard.

The new Consumer Ombudsman aims to provide a single place for consumers to escalate their complaint, if they are unhappy with a company’s attempts to rectify the situation. The goal is then to reach a resolution within 10 working days if possible. While the scheme is currently voluntary, the hope is that the benefits of joining and showing a commitment to customer service will spur most organizations to sign up.

Mistakes do happen but what annoys customers most of all is when their complaint falls on deaf ears. Nearly a third (31%) of UK consumers surveyed by Eptica listed a failure by a company to acknowledge that they were angry or upset as their biggest consumer frustration, and one that was most likely to make them switch supplier.

So, what can organisations do to ensure that they can respond to customer issues, before they are escalated to an ombudsman?

Consumers want to get answers on their channel of choice, and that means enabling them to contact your organization through the web, email, social media and chat as well as the telephone. Making it easy to get in touch and ensuring the process is clear and straightforward will help reassure customers that you are trying to solve the issue in a balanced and fair manner.

The days of simply writing and posting a letter of complaint are long gone. People can now raise an issue as soon as a problem occurs, particularly with the rise of mobile devices and social media. Therefore you need to respond quickly – fail to deal with a problem on social media and it can escalate to become a crisis within minutes.

Nothing annoys consumers more than feeling that they aren’t being listened to or that their feelings aren’t being taken into account. Frontline staff need to be trained to show empathy with customers, and above all to apologize – this can make the difference between retaining and losing a customer.

As well as speed, any responses need to be relevant and actually answer the consumer’s question. Simply responding quickly with an apology doesn’t solve the underlying problem, so companies should look at centralized knowledge bases that enable them to provide fast, consistent and helpful answers to questions and complaints.

Anyone can make a mistake – but it is when it becomes systematic that regulators will investigate and look at punitive fines. Make sure you analyse complaints and other customer interactions in order to pick out potential trends that need to be addressed before they cause damage to the business.

The launch of the new Consumer Ombudsman should act as a wake-up call to any companies, large or small, that aren’t taking customer service seriously – now is the time to revisit your procedures and ensure that you are meeting consumer needs and consequently ensuring their loyalty. 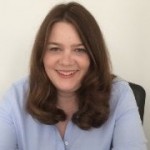