This is the first time the Institute has compiled research into how customer satisfaction levels vary across Europe. The EUCSI builds on the Institute’s UK Customer Satisfaction Index, which has been running since 2008.

The research, which compares levels of customer satisfaction across eight European nations – UK, Germany, France, Italy, Spain, Poland, Sweden and the Netherlands – shows the UK topping the table for customer satisfaction in all sectors surveyed, except for transport (in which it comes joint first with Poland) and utilities (which was topped by Germany).

The UK’s highest level of customer satisfaction was found in the retail (food) sector, where it achieved its top score of 81.1 points – 5.5 points higher than the European average and 3.5 points ahead of its closest rival, Italy. It also performed particularly well in the banking sector where the UK achieved a score of 78 points – 5.3 points above the European average and 2.2 points above Germany, which ranked second in this sector.

Although the UK leads the way when it comes to how satisfied its customers are, the EUCSI data highlights building customer trust as an area for improvement.  At first glance, with 89 percent of the most satisfied customers scoring organisations a nine or 10 out of 10 for trust, the signs are positive.  However, the UK average is lower than that across the EU (95 percent) meaning that UK organisations have to work harder to secure customer trust.

The Index ranks France (with a score of 69) and Spain (68.2) as the lowest performers overall for customer satisfaction. Poland and Italy also performed slightly below the European average, with Poland ranking below average in all of the industry sectors apart from transport. Banking was the top ranked sector in Germany (75.8), the only country where this was the case.

The report also highlights European differences in customer priorities.  Competence, behaviour and attitude are important across all eight European nations studied, but there are noticeable national preferences.   In the UK, for example, customers ranked ‘ease of doing business’ and the ‘helpfulness of staff (in person)’ as more important than the European average.  In Germany, product reliability, on-time delivery and the condition of delivered goods were above average; and Italian customers reported that the availability of website support was of high importance.

In terms of sectors, the telecommunications and media sector (68 points) was the lowest ranked sector overall, with retail (food) the highest ranked sector across all of the nations with an overall score of 75.7 points. 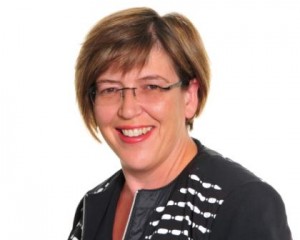 Jo Causon, CEO of The Institute of Customer Service, says:

“It’s encouraging to see that UK organisations are achieving higher levels of customer satisfaction compared to the rest of Europe as this demonstrates our competitiveness. However, as the data shows, this doesn’t necessarily translate into customer trust putting the onus on UK companies to look at tangible ways of building greater confidence among their customers to ensure long-term – and sustainable – loyalty.

“On the whole, the data illustrates that customer service has come of age and is now clearly linked to a country’s economic performance. If we take those countries with the lowest customer satisfaction scores, we can see that each has had its own economic and social challenges in recent times and this is clearly reflected in the customer satisfaction data. As a result, good customer service should not be seen as a ‘nice to have’ for organisations, but as a key competence and asset which can bring wider economic benefits – particularly when it comes to enhancing productivity, competitiveness, job creation and prosperity within organisations and across countries as a whole.

“I hope the EUCSI will act as a benchmark for customer satisfaction across Europe. It should give organisations that operate internationally the insight they need to tailor their approach to the needs of different consumers, and support all businesses in delivering better customer satisfaction and the wider economic benefits that accompany this.”

For additional information on the Institute of Customer Service Click Here