The predicted demise of texting has been much exaggerated according to a new YouGov survey carried out on behalf of outsourcing company Firstsource Solutions which shows that over 80% of UK consumers send the same or more text messages than a year ago.

The average UK consumer sends 50 texts per week according to the Ofcom Communications Market Report 2012. The first ever text – sent in December 1992 – simply read ‘Merry Christmas’, after being sent by engineer Neil Papworth from his personal computer to Vodafone’s Richard Jarvis. Texting turns 21 on the 3rd December 2013. 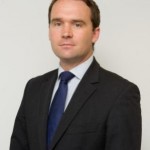 Iain Regan, Global Head of Sales & Marketing, Firstsource Solutions, said: “This survey shows that the popularity of texting is still high, despite the availability of a wider range of communications tools, like instant messaging and social networking sites.

“The simplicity of reaching someone in real time is the key to texting’s continued success. Texting remains an important communication channel and should continue to be an important part of the customer service mix.”

The survey, which interviewed over 2,000 British adults, was carried out by YouGov on behalf of Firstsource Solutions, a leading business process outsourcing company.