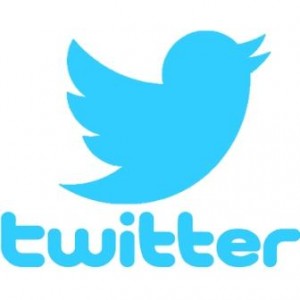 Keiron Dalton, a digital security expert at Aspect Software, believes that while this is a big step forward taken by Twitter in making applications more mobile and increasing usability, people may be hesitant to fully trust it just yet.

Dalton, who is Product Manager Aspect PES, said: “Most people these days prefer to access applications such as social media sites on their mobile phone, which we can see through Twitter, which claims that 80 per cent of UK users access the site through a mobile device; this is why Digits could prove to be a useful tool.”

He said: “For example, Twitter users want to be able to share their experiences while they’re out and about, rather than waiting until they get home to tweet through their computer, so tweeting through a mobile device is the best way for them to share their thoughts quickly.

“Speed is where the benefits of the Digits system will truly be seen, since it eliminates the issue of people wasting time having to rattle through their memory in order to remember which password is needed to log them in to each application, while also offering the speed and capabilities that people want. There is also the added benefit of people being able to protect themselves from hackers finding out their passwords,” he added.

However, while Dalton believes this new system seems like the logical next step in accessing applications remotely, people will prove to be hesitant when using it.

Dalton continued: “The issue that needs to be addressed by Twitter, especially when trying to ease customer concerns, is security. Questions will be raised about how secure the system is; is it more single factor rather than multi-factor authentication? Does it not have additional multiple layers of security beyond the delivery of an OTP via SMS? This threat is highlighted by SIM Swap fraud, which continues to be a concern in the banking sector. SIM Swap occurs when someone unlawfully obtains a duplicate SIM card for a mobile number, fundamentally re-directing communications to the fraudster. So if someone was able to divert a persons text messages and calls to another mobile, this could pose a threat to the security of a user’s mobile applications.”

Dalton concluded: “The key issue that faces not just Twitter, but all mobile services, is trying to perfect the balance of offering users a quick and convenient solution, while also providing them with a secure platform. Twitter has taken a big step with Digits and it is one that can prove to be very successful as users continue to become more mobile. However it is important to remember that security and convenience do not have to have conflicting interests, and that being able to balance the two can provide customers with all the usability and safety that they need.”