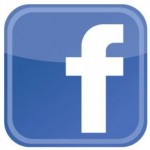 40% of organisations now offer Facebook as a communications channel to their customers, however Twitter still more popular at 48%

– Integrating the growing number of communication channels (on and offline) is key to customer service; organisations without joined-up communications take 4.4 hours to respond to a single tweet vs. 34.5 minutes from those with

Twitter on the other hand has been growing more quickly, yet there is still more work to be done. While 48% of organisations now use Twitter for customer service, a staggering 40% only added Twitter in the last year.

Despite the embrace of social media as a legitimate communications channel for many organisations, most are struggling to integrate social media (and other new channels) into their contact centres in order to serve their customers more adequately. Only 27% have adopted integrated multi-channel communications systems into their contact centres to track all interactions with a customer in one place (despite 65% of organisations admitting that the best solution for handling multiple communication channels is an integrated all-in-one system). Customer service is dropping as a result;

– Organisations without joined-up communications take over 750% longer to respond to a single tweet than those that do (4.4 hours vs. 34.5 minutes on average)

– Only 23% of organisations without integrated systems can see a full history of communication with a client vs. 63% of those with such a system

– Only 34% of organisations without integrated systems can map a customer’s journey, no matter which contact channel they use vs. almost all (93%) of those with such a system

“Those organisations that fail to join the dots of their customer interactions risk losing customers, as they will simply move to another firm that is more organised. Customers want to interact with the organisations that serve them by whichever means is the most convenient for them, but they hate having to repeat themselves across every channel,” comments Rufus Grig, Chief Technology Officer, Azzurri Communications.

With the advent of the Internet, increasingly sophisticated contact centres and most recently social media, organisations have a vast array of communications channels available to them, including phone, email, Post, face-to-face, Twitter, Facebook, SMS and webchat. All organisations surveyed currently offer telephone as a channel to their customers, followed closely by email (92%) and Post (69%). Face-to-face is offered by 52% of organisations, followed closely by Twitter (48%) and Facebook (40%).

Organisations have readily adopted Facebook and Twitter in recent years, however with only 5% adding Facebook in the last year, there are signs that the speed of their adoption may be slowing down.

“While Facebook adoption has slowed down considerably in the last year, we do not believe that social media has reached its saturation point as a legitimate communications channel for organisations,” continues Grig. “We believe the slowdown is due to organisations struggling to deliver good customer service as they wrestle with an apparently ever-growing number of communications channels. Without a joined up view of their customers they are unable to respond accurately or quickly enough to their customers’ demands. If organisations are to meet their customers’ demands for timely and effective service via social media and all other channels, they must centralise all of their channels into one, integrated system within their contact centres.”