Contact Centre Investigated for Making Recorded Nuisance Calls – The Information Commissioner’s Office (ICO) has raided a Manchester based contact centre believed to be behind millions of recorded nuisance calls.

ICO staff searched a south Manchester contact centre and related office they believed contained an automatic dialler suspected of making 100,000 calls a day. It is thought the business made automated calls playing a recorded message. People who responded to the calls by pressing a number on their phone keypads were put through to staff working at the contact centre.

The ICO has received more than 7,000 complaints about calls believed to have been made by the Manchester business. Most of the calls were about ‘so-called’ mis-sold pensions or pension reviews, while some covered PPI, debt management and delayed flight compensation.

The ICO also received complaints from two phone network providers, which claimed their services had been disrupted by the large number of calls being made by the business.

The ICO will not be naming the business while investigations continue. 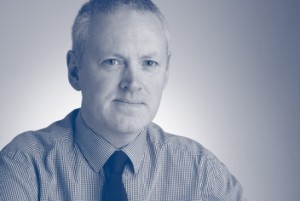 “Companies know what the rules are on these types of calls. They need to know too that people are sick of them, and when people complain to us, we will act.

“Today’s searches are no one-off. We’ve got around 60 active investigations into organisations we believe are breaking the rules around nuisance calls and texts. Those investigations will result in fines and other enforcement action, and will cause some disruption to the companies who appear intent on causing it themselves.”

The ICO were assisted by Ofcom, who provided technical assistance during the search.

For additional information on ICO’s enforcement activity visit their Website