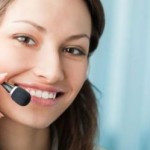 A quarter of the UK workforce use headphones whilst at work, putting them at increased risk of noise induced hearing loss, according to a study by audio technology company, LimitEar. Workers listen to an average of 110 minutes whilst in the workplace, and a further hour and a half (92 minutes) outside of work hours.

In total, an estimated 7.6 million people in the UK are exposing themselves to over 3.5 hours of reproduced sound each day.

Industry experts from LimitEar, HSE, the UK’s national independent watchdog for health and safety, and business insurance specialist QBE Insurance are highlighting the need for employers to protect staff and themselves from the emerging risk of occupational noise induced hearing loss (NIHL).

Despite the regulations being in place to protect UK employees, the majority of respondents (79%) are unaware that their employer is legally required to protect them from NIHL. The study also revealed that almost half (48%) of the respondents are concerned about losing their hearing, showing a growing need for employers to protect their staff effectively.

Stephen Wheatley, Managing Director at LimitEar, commented “With digital developments in music and audio devices, it’s becoming more commonplace for people to plug in their own headphones or earphones whilst at work. This research is representative of Britain’s workforce generally but hundreds of thousands of employees – such as call centre workers and emergency services – are required to use headphones occupationally so are significantly more at risk of NIHL.”

Mike Barraclough, Senior Risk Manager at QBE Insurance, added, “Noise Induced Hearing Loss claims have increased 40% in the first year following the Jackson Reforms. Employers need to take pro-active steps to manage their employees’ exposure to noise. In addition, employers must also provide evidence of such actions in the event of a Noise Induced Hearing Loss claim being pursued, to increase the prospect of successfully defending such claims”

Ralph Holme, Head of Biomedical Research at Action on Hearing Loss, added: “We’re extremely concerned by these findings – and question how loudly people are listening to their headphones for such long periods of time. It’s crucial that employers take responsibility for noise levels at work and put practical steps in place to ensure that employees’ hearing is protected. Hearing loss must start being considered as the serious health issue it is. It can impact relationships with friends, family, staying in employment and has even been linked with other conditions like dementia. The damage to your hearing caused by prolonged exposure to loud noise is irreversible, but it can be easily prevented.”

European regulations stipulate that workers should not be exposed to average noise levels of 85dB (busy city traffic from kerbside) or above over an eight hour period. Prolonged exposure to noise above the average limit of 85dB can result in NIHL For example, when listening to an MP3 player at full volume, this generates 100dB of sound, meaning you should only listen to it for a maximum of fifteen minutes or risk hearing damage.

The research results come from a survey of 2,000 UK employees – commissioned by LimitEar – looking into the awareness of the European regulations, headphone usage and attitudes towards their hearing health.