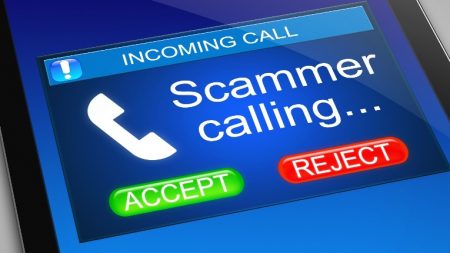 Overseas call centre scams have been a massive problem in the UK for a number of years, and it’s still ongoing, with an average of 21 million scam calls per month in the UK – that’s 8 per second.

BBC’s ‘Panorama – Spying on the Scammers’ showed a huge amount of insight into one call centre in India which focuses solely on scamming victims in the UK, Australia and the USA.

The scams they’re committing are sometimes known as ‘impersonation fraud’ (where a scammer pretends to be someone they’re not) and it is one of the UK’s most common scams. Between April 2018 and April 2019, 23,500 complaints of this type of fraud were made to the City of London Police’s National Fraud Intelligence Bureau.

Financial losses to impersonation fraud are in excess of £9m per year, but it is believed by the Bureau that up to 60% of cases re never reported.

Has the UK trained scammers to commit fraud against us? 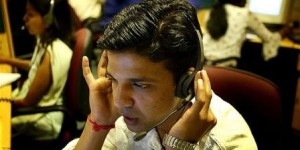 Since 1998, major UK companies have been outsourcing to foreign-based call centres to handle their customer service processes. Many banks, utility companies, communication providers and financial services have moved their call centres abroad, predominantly to India, in an effort to save money on more expensive UK premises and staff wages.

Where call centre scams mainly started with a few rogue employees working in genuine call centres making some extra money on the side by stealing customers’ data from their workplace, there are numerous of call centres in India where their entire business is cold-calling and scamming people.

By working in large genuine call centres in the first place, these people have gained the experience required to enable them to effectively plan and carry out scams. Some centres even employ ‘Culture Trainers’ who teach workers how to sound British by teaching them conversational skills, popular culture, British colloquialisms and how to neutralise their accents.

Companies moving call centres back to the UK – so what will the workers do now?

With several large companies pulling operations away from foreign countries and call centres closing down, this means that many workers will be left with no income but will still have the communication skills they have learnt. With unemployment doubling in India in the last few years and the resulting competition for jobs being so high, it’s no wonder that a lot of workers turn to gangs of scammers when so much money can be earned by those with the right skills.

These gangs are almost impossible for UK police to trace, the scammers can change their phone numbers and IP addresses to make it appear as if they are in an entirely different country. So, unlike in the UK, there are few consequences of committing these crimes so there is no real deterrent to prevent them from happening.