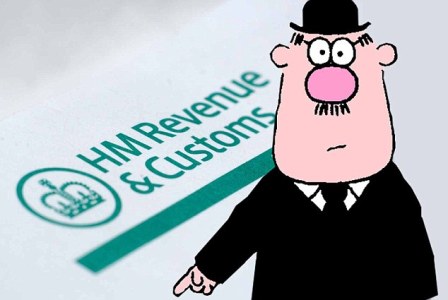 HMRC Contact Centre – How does your compare? In a report ‘The quality of service for personal taxpayers’ commissioned by the NAO (National Audit Office) it estimated that the overall cost incurred by customers who have called the taxes helpline increased from £63 million in 2012-13 to £97 million in 2015-16.

The report also reveals that,

The quality of service provided by HMRC for personal taxpayers ‘collapsed’ in 2014-15 and the first seven months of 2015-16 when average call waiting times tripled. Services have subsequently improved following the recruitment of additional staff but whether this performance is sustainable depends on HMRC achieving successful outcomes from its programme to make tax digital.

NAO analysis indicates that the quality of service deteriorated in 2014-15 when the full extent of the staff reductions took effect. Call attempts handled fell to 71% overall, and HMRC met its target to handle 80% of call attempts in only 10 weeks of the year. HMRC’s performance deteriorated further over the first 7 months of 2015-16. Average waiting times tripled compared to 2014-15 levels, peaking at 47 minutes for self-assessment callers during the deadline week for paper returns in October 2015. HMRC recognised and dealt with the problem, recruiting 2,400 staff to the taxes helpline in the autumn of 2015. Performance has since recovered: call waiting times improved to an average of 5 minutes for self-assessment callers during the deadline week for online returns in January 2016.

HMRC had to move more staff to its call centres to help sustain service levels in 2014-15, which meant it had to defer essential work to maintain PAYE records. The stock of outstanding discrepancies in tax records requiring investigation rose from 2.4 million (March 2014) to 4.6 million (March 2015). Of these items, 3.2 million were high priority cases, carrying a risk that employees will have paid the wrong amount of tax. The recruitment of extra staff helped reduce the total number of unresolved items. By December 2015, HMRC had reduced the stock of unresolved PAYE items to below 3 million.

The NAO found that call waiting times increased significantly between 2012-13 and 2015-16. As a result, the overall cost to telephone customers, taking into account both the cash cost of calls and the economic cost of time on the phone, rose by more than half. Average waiting times for self-assessment callers to the taxes helpline were below 10 minutes for most of 2012-13 and 2013-14 but grew progressively longer throughout 2014-15 and the first 7 months of 2015-16. Customers waiting for an advisor at busy times have faced a long wait, sometimes over an hour.

The NAO estimate that the overall cost incurred by customers who have called the taxes helpline increased from £63 million in 2012-13 to £97 million in 2015-16. Customers paid £2 million less in call costs because HMRC reduced call charges by moving to local-rate ’03’ telephone numbers in September 2013. But an increase in the economic cost of time spent waiting for an answer or speaking to an advisor more than offset this saving. When compared to HMRC’s data on the annual cost of answering calls, the NAO estimates that the increased cost to customers was £4 for every £1 saved by HMRC over this period.

Most taxpayers appear satisfied with HMRC services but one in five rate them poorly. An NAO survey of customers using HMRC services found 58% rated the service as good or excellent, 21% as average and 21% rated it as poor or terrible. Satisfaction was highest among those whose most recent contact with HMRC had been online, and lowest among those whose most recent contact had been by phone.

Clearly the HMRC contact centre is under performing in terms of caller waiting times. The question is if all of the calls to HMRC were outsourced would the service to taxpayers be improved? Your thoughts and comments would be much appreciated.

The full NAO report can be viewed by Clicking Here