Alarm Bells over Insurance Contact Centres and Card Not Present 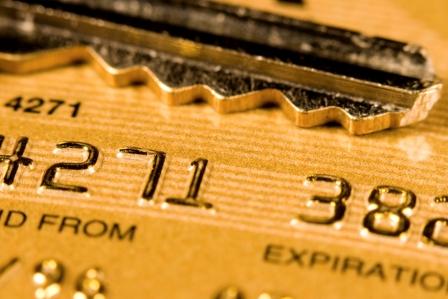 Imagine getting a burglar alarm fitted to your home. The company does a great job and you feel really secure. But then you overhear the fitters yelling your alarm’s entry code to each other, across the crowded street outside.

Would you be worried? If so, here’s something that’ll nag away at you about the insurance industry.

The scenario just mentioned is all about irony. You pay someone to beef up your security — only for the very same people to risk undermining it seconds later. But some insurance companies are unwittingly doing this today. Household names too. And we’re talking about the risks around card fraud.

Ahh, so this blog is all about EMV, right?

No. Let’s get this one out of the way. EMV (Europay, MasterCard and Visa) is a new standard for credit-card payments in the United States. When the UK equivalent (chip and pin) was introduced, face-to-face credit-card fraud fell by a whopping 72%. That’s all great news for insurance and other sectors.

But in this article, we’re talking about Card Not Present (CNP) fraud.

Sorting your insurance can often be done in a few clicks online. But you’re not buying a Game of Thrones box-set or a new mobile phone. Insurance is personal … for homes and contents, prized possessions like cars, as well as holidays and health. So people often like to finalise a deal by speaking with an agent over the phone. It just feels more human.

Typically, the conversation ends with the agent taking a one-off payment to get things started. You read out your long card number and the three digits on the back.

But while you’re making your life more secure, imagine if:

– The agent makes a copy of your card details to use for themselves later?
– As the agent reads back the number to you, someone next to them makes a note?
– Your numbers appear on-screen, long enough for someone to take a grab?
– Your details and hundreds of others are been sold to thieves?
– The insurer’s system is hacked and card information stolen. It makes the news?
– Your call was recorded (for ‘training purposes’) and someone listens back to get the numbers?

Of all the industries out there, you’d think insurance would be among the most cautious and secure. But with CNP transactions in many cases, you’d be wrong. And there’s the great irony. Let’s just hope they have insured themselves against CNP fraud.

As security tightens in areas such as EMV and point-of-sale, criminals will look for other options. And Card Not Present (CNP) fraud is proving wildly popular.

In the UK, CNP fraud is growing at a jaw-dropping 17% and is currently costing £400 million per year. Some 98% of companies targeted actually had PCI DSS compliance, which gave them no defence. In the US, CNP fraud is expected to be nearly four times greater that POS card fraud in 2018.

So what’s the answer?

There are complicated and expensive ways to attempt to fix this. But none is foolproof.

The best approach is to actually save customers from ever having to read out their details in the first place. And if they use their keypads instead, it can stop those audible DTMF tones from being sneakily deciphered back into card data.

That way you can prevent sensitive card data from ever reaching your agents, processes, systems and recording systems. Put simply, there’s nothing for criminals to steal.

So how can customers make secure payments? To find out how to stop CNP fraud in its tracks, quickly and simply, take a look at this guide from Eckoh. It’s great news for insurers and other industries where customers really value conversations with agents — but need total peace of mind.