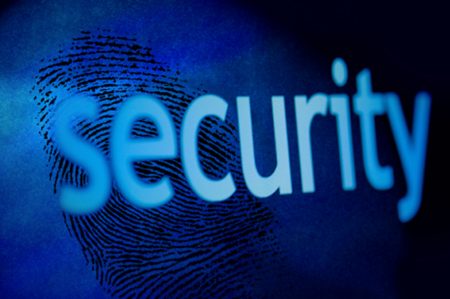 Over the past decade, the financial sector has borne witness to a rapid rise in the rate of fraud. Today, the problem is pervasive – with internet banking, insurance and credit card applications the primary drivers. In 2017, the number of reported fraud cases in the financial sector nearly doubled. It was the highest increase in any sector, according to research by accountancy firm BDO.

For financial institutions – processing large volumes of domestic and international transactions and applications across a global system – security is a significant issue. And the contact centre is proving to be the sector’s Achilles heel in its fight against financial fraud.

A recent report on call centre fraud in the UK found that attacks have increased by 113 percent, within the last year. For many fraudsters, contact centres are considered the easiest point of entry. So much so that they’ve become a nexus for fraudulent activity.

But faced with a high-volume of calls, long-winded administrative procedures and time-based performance targets, there’s only so much protection contact centre agents can provide.

One of the biggest issues with security is that current fraud prevention protocols are no longer a match for modern attacks. Identity confirmation procedures, such as Knowledge-Based Authentication (KBA), can be circumvented at ease by fraudsters well versed in exploiting the weaknesses of vulnerable systems. For example, analytics firm Gartner estimates that between 10 and 30 percent of legitimate callers fail the KBA process.

Other security systems, such as Caller ID and Interactive Voice Response (IVR), are susceptible to number spoofing and spear phishing email scams that imitate a company’s automated call system.

Despite the dangers, contact centres are often not where organisations put their focus in the fight against fraud. According to further research by Gartner, by 2020, 75 percent of customer-facing organisations will encounter a targeted, cross-channel fraud attack.

So, what should financial institutions do to better insulate their contact centres from fraud attacks? Well, the recommendation from Gartner is that fraud prevention technologies have matured significantly, justifying investment and integration.

Machine learning tools are being deployed, en masse, to identify fraudulent patterns in behavioural data. And while they are effective, they’re also unable to guide contact agents on how best to proceed with potentially fraudulent cases – whereas automation technology governed by the knowledge of subject-matter experts is better equipped to deal with the nuances and complexities of fraud attacks with increased speed and consistency. The question, though, is which type of automation technology provides the best protection?

The important distinction to make here is between task automation, namely task-centric RPA tools, and decision automation tools modelled on human reasoning. To achieve decision automation, companies need to put their experts at the centre of the decision-making process, by mapping out their theoretical knowledge and encoding it into an automation platform. This way, all those millions of transactions a financial institution churns through each day can be marshalled by the company’s very best expertise directing instant responses and making every employee aware of the appropriate action to take in each fraud case.

If the right actions are taken by a bank’s contact centre agents in response to potential fraud, then less payments are falsely declined and call centre agents are freed up to focus on offering customers better quality interactions, which is crucial in a time when consumers have less and less tolerance for time-consuming bureaucracy. If they are to win the fight against fraud, contact centres in the finance industry need to fundamentally change their approach. If criminals are innovating, businesses need to innovate even faster. Institutions that rely on live agents to prevent fraud, no matter how experienced or proficient they may be, leave themselves vulnerable to attack. They therefore need to better equip their employees with robust technology.

Any customer-facing organisation has an obligation to ensure their handling of fraud cases is fast and accurate enough to be processed almost without the consumer noticing. Automated decision-making has to be a key part in achieving this.

Such is the prominence of contact centres in commerce, this change would surely have a knock-on effect. If contact centres can adapt their processes to meet modern demands, then industry as a whole will be in good stead in its fight against fraud. 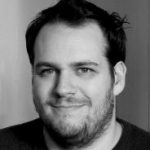 For additional information on Rainbird Technologies visit their Website