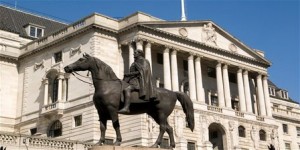 A collections expert has suggested that providers need to start putting plans in place in order to prevent customers defaulting on loans and mortgages in the future, by undertaking a review of their financial circumstances with a view to offering better terms for those less able to withstand an increase in the base rate.

This Thursday, 6th August, the Bank of England will reveal its August interest rate decision, as well as its quarterly forecast for economic growth and inflation. 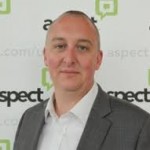 Dave Ogden, a customer experience consultant at Aspect Software, warns that customers with loan products could increase their debt in the face of a rise, however small:

“While the bank’s Governor Mark Carney has suggested a rise may come at the beginning of 2016, with an improving GDP and unemployment hitting record lows, there’s a possibility a small rise may come sooner. Even a quarter per cent increase can add to existing debts, with customers used to the 0.5 per cent interest in place since 2009,” he said.

Ogden continued: “We have been kept on our toes for quite some time anticipating a rise, but as the economy gets back on track any increase in interest rates heightens the risk that customers who previously defaulted on their loans could do so again. Bigger interest rate hikes, expected in 2016 and 2017 could leave more people in debt, costing providers time and money in servicing repayments.

“It’s also been so long since the last increase that we are now faced with a whole new generation of homeowners who will never have experienced such an event, making them more likely to be unaware of what each 25 basis point rise will mean.

“According to The Money Charity, as of May 2015, the average remaining mortgage for a household in the UK is £114,192. This means that even something as small as a 0.25 per cent rise in interest rates – which I’d predict is the most that can happen on Thursday – has the potential to set UK homeowners paying interest only mortgages back £23.79 per month, something that will affect those on lower incomes,” he said.

Ogden added: “Since the Financial Conduct Authority put a higher cap on the cost of recuperating and servicing lower levels of debt incurred by non-payment, financial providers need to proactively offer customers better deals now, rather than face a more time consuming and money wasting exercise of collecting payments later.

“Proactive contact does not necessarily mean a sudden surge in customers needing to speak to an advisor though. More than ever consumers are looking to self-serve and with virtually all providers offering their full range of services on their websites, including all T&Cs and borrowing calculators, it could be a very smart way to avoid costly agent interactions if they do fall into difficulty. Sending an email or an SMS with a link to a ‘best buy’ product or a specific webpage that could offer a better deal costs pennies, where a single agent interaction for a mortgage discussion could run to £10 if not more.

“It is important that banks take advantage now before the new rates to come into place and analyse customer databases to see who has previously defaulted on repayments, or, who is at a higher risk of doing so if rates increase. Proactively contacting them to give them a better deal will not just benefit the business financially, but will also demonstrate to customers that the organisation is committed to offering them the best customer service possible. It also means keeping more customers, since most mortgages carry early repayment charges, credit cards offer introductory rates, and unsecured lending will almost certainly track any interest rate changes,” he added.

He concluded: “Providers ought to consider the cost benefit of waiting, or being proactive now, before we experience a big hike. This kind of remedial work and a customer focus will do both the individual financial brands and the industry good, and help protect the economy from setbacks in rebuilding itself over the next few years.”

For addiutional information on Aspect view their Company Profile