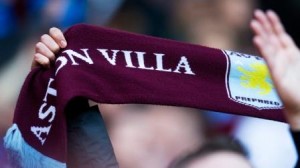 Aston Villa Football Club’s Consumer Sales Department, which is supported by technology from Rostrvm Solutions, has won the ‘Best use of Technology’ category at a recently held industry awards event.Out of the six companies in contention for the award, judges agreed that Aston Villa stood out from the rest for the way that their technology was implemented and the impact that it had on their busness and customer service, making them very proactive in helping their fans.

Aston Villa has thousands of fans who are the lifeblood of the football club. To enable its contact centre to look after customers effectively the club implemented the rostrvm suite of contact centre applications. This allows them to carry out outbound and inbound campaigns such as making phone calls to Aston Villa supporters to gain valuable feedback, update customer information, educate- and, of course, renew or purchase season tickets.The Consumer Sales Department uses rostrvm Inbound ACD and Outbound dialler – and CallGuide on the desktop for scripting and process management, recording calls for monitoring and training purposes, as well as for full report functionality per campaign and user.

Nicola Keye, Head of Consumer Sales at Aston Villa Football Club, said, “We chose Rostrvm for several reasons. Aston Villa’s Consumer Sales Department is not a typical contact centre but more its own micro-organisation, where staff members are multi-skilled in call handling, administration and fulfilment. Rostrvm software overlays existing infrastructure but provides fantastic functionality and flexibility, so it’s easy to use and didn’t cause an upheaval to implement.

“The team here have been fantastic in their positive attitude to the new technology and Rostrvm made it easier with their “can do, will do” attitude from the outset. It’s a very successful partnership.”

Nicola added, “The benefits to the Consumer Sales Department have been vast and not just in financial terms.”