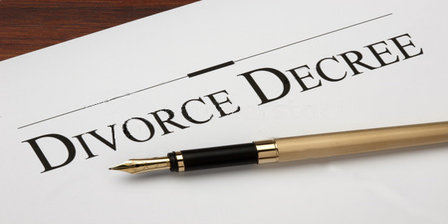 Reading the results of a report by YouGov this month into bank account switching habits, I was somewhat unsurprised to learn that despite government initiatives in the UK and Europe to incentivise customers, they are overwhelmingly ignoring them. Almost three quarters of adults in the survey of 2,092 people claim they still expect to be banking with the same bank two years from the present day.

The report seemed to suggest that customer habits are therefore largely inhibiting innovation in banking; most of the statistics claimed that consumers are disinterested in further technological developments designed to make life easier, for example an app that aggregated financial information across providers (only 56 per cent would consider using one). This is not only inhibiting switching between the big four providers, but also any kind of notable migration to challengers. Customers, largely, seem disengaged with their banks.

I question that perhaps, there is a correlation between complacency by banks to really differentiate, and a similar feeling from consumers about switching, still believing it to be a hassle. These findings have some merit, but I believe that it is eventually a customer service issue that persuades someone to move to a new bank, not government promises of an easier financial life, or a cash bonus from another provider. Add to this that they all provide an adequate online and/or mobile banking service to satiate the needs of today’s mobile consumer, and testing another bank’s set of features before you buy isn’t exactly practical.

Also with all the recent security scares of data being stolen, there is a view that a new entrant or ‘challenger bank’ may not have the security fully sorted (ironically, it’s probably that a new, modern infrastructure without legacy barriers that would be more secure!). It comes down to that perceived risk again; if the ‘traditional’ banks can improve the customer experience; provide the channels of choice a customer wants – all with the perceived security of a big bank – then that’s where they can retain their customers.

Challenger banks have actually taken a while to penetrate the market; although the YouGov report suggests that people aren’t switching in general, some 16 per cent of UK adults said that they would ‘consider’ switching to a challenger. Customers still like to have a high street presence too (even though most of us rarely visit) and this is something only few have achieved – Metro being the most obvious one.

The Big Four still have 77 per cent of current accounts in the UK, and own 85 per cent of small business lending. Challengers all aim to compete in areas where its perceived the generalists fail to deliver, and they think they can be more profitable (for example: specialist lending), but at the end of the day it tends to be very niche rather than mass market. Only Metro (and to some extent Clydesdale) is aiming for the current account market with a high street presence, with the former aiming to have 200 physical branches by 2020.

As long as the big providers keep doing an “okay” job with customer service, I predict very few people will leave. As the old adage goes: you’re more likely to divorce your partner than leave your bank, and I believe that is still true. Future scandals, such as PPI or similar, as well as security breaches will continue to be a threat, but for a mass customer departure they would have to be doing a lot of stuff really badly to make the effort to move worthwhile. That is simply not the case for the vast majority of customers. 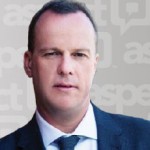 With more than 20 years in the contact centre industry, Mark King brings a wealth of expertise to his role of Senior Vice President, Europe & Africa for Aspect Software.

Mr King is responsible for managing direct sales, distribution partners and marketing, as well as for driving Aspect expansion into new markets in these Regions.

For additional information on Aspect Software