The open office has been with us practically since the dawn of organised work. The open plan office is brilliant in many ways – but it is not perfect. The open plan cannot be all things to all people, and therefore, it may be time for an adjustment. Enter activity-based workspaces, which can potentially turbocharge your productivity and employee engagement. 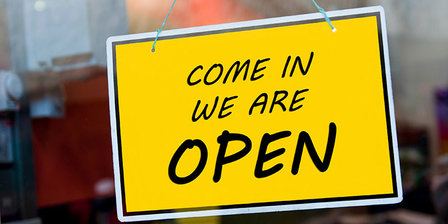 The open plan office is not exactly a new invention. In ancient Egypt, scribes worked together in a large office and had additional rooms for lunch and meetings. Their reasoning for the open plan was probably similar to why we do it today: easy access for collaboration, assistance, improved quality control, and social ties.

In 1734, when the first European central bank opened, it did so with open offices as well – for the same reasons, I imagine.
Since then, the working environment has changed in several ways, but particularly in one way – besides the obvious: electricity! The pace of business is much greater today, because we communicate through the internet and on the phone. Everyone is accessible almost all the time, and we expect constant responses to our questions. In addition, we expect to get a great deal done during the work day – and a busy place of work is rarely a quiet one: hence, the noise. High productivity and constant communication with the outside world drive up the noise levels significantly. We process more work in a month than Egyptian scribes would do in a lifetime, and this affects the working environment.

The fast-paced environment, increased communication, and the diversity of tasks in our work today means that, in its present form, some 4,000 years after its invention, the open plan office may have outlived itself.

That is why many international companies are revamping and reinventing the way their employees work and where they work in order to make the most of the open plan layout, which remains the best solution.

An attempt to reinvent the open plan has been attempted before. One such example is the “hot desking” concept of the 1990s, where there were no regular seats, but everyone simply chose a free working station. Today, we move an important step beyond the so-called “hot desks” to “activity-based working” – a term coined by Erik Veldhoen, a Dutch consultant and author of the book The Demise of the Office. The problem in the 1990s, I found, was that everyone scrabbled around trying to find a desk where everything worked. It never mattered how well the office was organized, and, in addition, there was no room for individualizing the work spaces, which in turn decreased job satisfaction. Instead, activity-based working is an exercise in productivity, rather than an attempt to save space or costs.

As with “hot desking,” you do not have your own desk. Instead, the office offers various spaces for you to work in. If you are working in teams, then you can choose an enclosed or semi-enclosed booth. If you work in larger teams, you can choose the open office type environment. If you feel like being seated in a lounge setting, that is available to you as well. If you need to work by yourself in quiet surroundings, go there, etc. This means that most personalities, introverts and extroverts alike, can work effectively in the office.

Out with the old, in with the neighbourhood

When the global finance company, Gerson Lehrman Group – commonly known as GLG – rebuilt their NYC offices, they implemented the activity-based working solution throughout the new office. The concept centres on the fact that the office worker needs different kinds of spaces to do their work, depending on their need to have meetings, collaborate in teams, or focus alone. With office workers being away from their desks 40 to 60 percent of the time, there was no reason to “own” a personal desk, but rather to “own” the entire office. With a workforce of 250, mainly knowledge workers, the need for flexibility was important.

The GLG offices are 62,000 square feet of workspace, complete with access to natural light and social, as well as private, spaces. The office is split into a handful of small so-called neighbourhoods, each containing an anchor point for personal storage and office machinery like copiers. In addition, each neighbourhood is ideal for a certain type of office work. All teams belong to an anchor point, but everyone has access to all areas.

I am very curious to see whether this new office plan increases productivity for GLG, which moved into the new offices in September 2014. Not only does the place look friendly and modern, it also has the makings for the perfect mobile office environment which allows facilitates complete freedom.

I guess the only question, really, is whether we are neighbourly enough, or whether we would prefer to remain in our own backyard.

Holger Reisinger is Senior Vice President of Marketing for Products and Alliances at Jabra.

For additional information on Jabra view their Company Profile