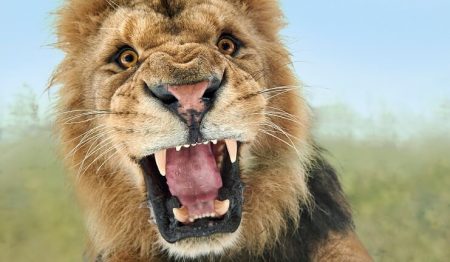 “Seeing is believing” – or so the old expression goes.

While that may be true, I’d like to add an important qualifier: “…but hearing is surviving.”

It’s easy to overlook just how critical our sense of hearing is. Sure, it allows us to be entertained and informed, enables us to communicate clearly and effectively with others and plenty more.

But perhaps more than anything, it helps keep us alive.

In an increasingly visual world – as evidenced by massive TVs in our homes, splashy navigation screens in our cars and giant LED billboards on the sides of roads – hearing still rates as one of our most powerful senses. Far more than even sight, it serves as a critical early warning system that keeps us out of danger.

It’s been that way since the beginning of time. Our early, upright-standing ancestors relied on a keen sense of hearing to dodge threats from other humans and avoid animal predators. The early human who could hear the twig snapping in the dark of night is the one who lived to see dawn the next day.

The threats we face today may be different and decidedly more modern, but our hearing as an early alert system hasn’t changed.
The Gateway to the Mind

To us humans, sound is almost universally our signal of danger. Storm sirens warn us that a tornado is imminent. The insistent wailing of a smoke detector alerts us to a fire. And the collision-avoidance alarms in many new cars keep us from head-on crashes.

What do all these alerts share in common? They are primarily audible warnings, not visual ones. So when a situation is dire, we tend to hear about it first.

Sound acts as a crucial gateway to our mind. As humans, we can hear faster than we can see, taste, smell or feel. Sound travels faster to our brains than sight does, which affords us precious additional milliseconds to act in self-preservation. The interesting question, though, is how can that be? After all, sound travels at a snail-like speed of 340 meters per second compared to light, which moves at a blazing 300 million meters per second – nearly a million times faster.

For starters, seeing or hearing begin only when an external stimulus reaches our eyes or ears. In the case of sight, incoming light is converted to electrical signals in a complex series of about a half-dozen steps – some of which are relatively slow – which then transmit signals to our brain, enabling us to see. In the case of hearing, however, auditory signals require essentially one rapid step to reach the brain: Noise causes hair cells in our ears to wiggle, creating pressure that transmits signals that we hear as sounds.

The difference in timing is dramatic. Once a sound wave reaches our ear, our brain can process it in just five one-hundredths of a second – about 10 times faster than the blink of an eye. By comparison, our brain takes at least a quarter of a second to process sights.

Then there’s the all-around nature of hearing. We can effortlessly hear audio from 360 degrees around us – along with above and below – but our field of vision is limited to about 180 degrees, mostly in front of us. Hearing compensates for that visual blind spot. That sudden, unexpected noise that makes us jump or the proverbial sound that goes “bump in the night” is our hearing doing its job as an early warning system.

It’s about time we give our sense of hearing its due credit. Because when it comes to keeping us safe, our ears don’t lie.