From Production Line to Knowledge Factory: The Past, Present and Future of Work – the thoughts of Holger Reisinger 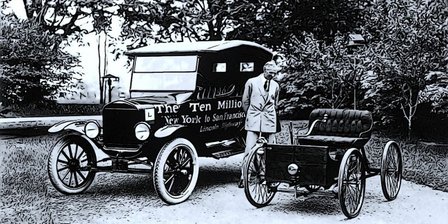 Plenty of organisations are looking for ways to help employees become more engaged, inspired and innovative. Ride with me as I trace the roots of employee disengagement and search for practical solutions, including changing the way we organize work in the knowledge economy.

Ever wonder how we got here?

Not to this point in the history of civilisation. Rather, how we got to a place where 70% of knowledge workers admit to being disengaged from their jobs? And, equally important, how can we overcome it?

To find out, let’s take a trip back in time. And because everyone’s favourite time-travel machine, the DeLorean from “Back to the Future” fame, is currently in the shop, we’ll settle for a vintage Ford Model T instead.

In a way it’s the ideal vehicle for our journey. That’s because the seeds of today’s discontent were planted about a century ago, around the time Model Ts began rolling off Henry Ford’s then-revolutionary production line.

So, let’s crank up the engine, climb in and rumble back in time.

On the Road to the Past …

Whew. It’s been a long journey, first over highways, then dusty, rutted roads. But we’ve finally arrived in the early 20th century. A glance out the window shows a landscape dotted by factories.

Since most developed economies of the early 1900s were built on manufacturing, tough, gritty production work predominated. Thus, the way work was organized was ideal for a largely industrialised economy. Company structures were hierarchical, with strategy set at the top and slowly making its way down to the workers. Power was a function of job title.

Workers were largely regarded as costs.

It was an age where a command-and-control management structure prevailed and rigid conformity ruled. The how, when and where of employees’ jobs were dictated from on high. Work was performed in a linear fashion – think production line: materials came in one end, were assembled and the finished product came out the other. Most work was manual and highly repetitive, and workers enjoyed precious little autonomy or say in how they performed their job functions.

Now let’s point our Model T back toward 2015. As we chug toward the present, the economic and competitive landscapes begin to change. Information is becoming the new currency, and production work is increasingly supplanted by knowledge work, giving rise to the phrase “knowledge worker.” Competition becomes more intense with greater transparency and a free flow of information.

But as 2015 comes into view, one thing hasn’t changed much. The command-and-control system of organizing work still prevails at most organizations. In many cases, organizational structures remain hierarchical, with job duties narrowly defined and knowledge workers lacking autonomy in how they perform their tasks.
It reminds me of the old saying, “The more things change, the more they stay the same.” We’re living in a new age – one where innovation and speed-to-market are critical, new technologies are shrinking the globe, barriers to entry to virtually every industry are disappearing and competition is coming in from all sides. But with the way we organize work stuck in the early 1900s, it’s no wonder workers are detached and organizations lack speed and flexibility.

Driving Toward the Future …

So how do today’s organisations move forward? Here are a few ideas:

Our companies need to reinvent themselves to succeed in rapidly changing times. An example of a company that has done so several times over the decades is IBM – yes, the IBM widely regarded as a stodgy behemoth. As times and technology have changed, IBM has evolved from a manufacturer of business computing devices to builder of laptops and PCs to, most recently, a provider of cloud computing, virtualisation, intelligence and analytics services.

The way we organise work must change. As far back as 1999, legendary management guru Peter Drucker noted that the biggest challenge of the 21st century would be how to make knowledge workers more productive. His recommendations?

Provide workers with more autonomy to manage themselves and make innovation a core component of their job responsibilities. Both require a U turn from our current command-and-control system.

We also need to invest in our workers. In the past, workers were viewed as costs – and we all know that costs need to be controlled. In today’s knowledge economy, we need to view workers as assets – and assets need to be made to grow. We need to invest in technologies and training and give our workers added freedom to make decisions, provide new ideas – even make mistakes as long as they’re done in the spirit of innovation.

I can’t wait to see what the future holds.

On second thought, why wait? Time to fire up the Model T and find out. Road trip, anyone? 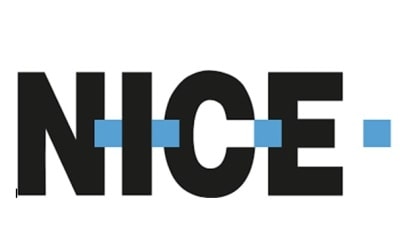