Jabra – Holger Reisinger. If you think you are spending too much time online, you have no idea what is awaiting you in the not too distant future. At the moment, leading tech companies are working on a way to turn you into your own private cloud. 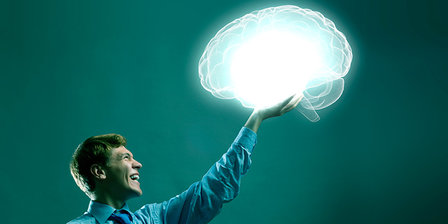 If you are a fan of science fiction like me, you will probably be aware of Ian M. Banks’ all-knowing “Culture Hub,” which you can tap into either via the brain or a small device (sounds familiar yet?). Or maybe you remember Douglas Adams’ classic “Babelfish,”– a tiny fish you can slip into your ear, which would make you understand all languages.

These examples may be science fiction – but they are much closer to becoming reality than we think, much closer. It never ceases to amaze me how the speed of technology has picked up. For example, it is fascinating how it took approximately 100 years to realize some of the imaginings of Jules Verne, while technology is already catching up to Banks and Adams less than 30 years after their books were written.

We are already living “the future” with the Internet of Things
Today, tech companies are putting the finishing touches on TVs and computers for the mass market, which will respond to gestures, essentially enabling you to turn up and down the sound and change channels, etc. with a wave of your hand. They call it “smart tech.” But in all honesty, this technology is already obsolete. In reality, it is “dumb tech,” because you will soon be tapping into the Internet of Things through the chip in your head. The world will suddenly look a lot different.

The Internet of Things is already upon us. Today, you can remote control the heating in your house to make it nice and warm by the time you get home. You can remotely turn on household appliances such as your washing machine, or even more vital, remotely monitor a pacemaker around the clock – all very useful features. According to Gartner, there will be nearly 26 billion devices on the Internet of Things by 2020. And while your brain may not be hotwired to all of these things by then, the idea is not too far-fetched, especially if you take other peripheral initiatives into account.

According to the UN, 70 percent of the world’s population will live in cities by 2050. This will put a lot strains on infrastructure and the environment – but again, the development is way ahead of us.The Swedish city of Malmö is well on the way to acquiring the label “Smart City.” Chicago, Boston, Barcelona, and Stockholm can already call themselves smart. Smart cities use the Internet of Things to control water, waste, electricity, public transportation, and health care. They are getting even more refined, taking the service and information of its citizens to new levels and thereby creating a virtually friction-free environment; an environment, which would be even smarter, if you were plugged into it.

You may be thinking “mind control,” and while that is absolutely an issue, there is also the possibility of creating collective intelligence. Think big data, but on a gigantic scale. That could be neat.

Then there is our work life.The future of work, beyond wearables, will be equally interesting to follow. I don’t think we will get to the point where we send messages to the boss via brain chip: at least I hope not, because it would make getting up in the morning rather cumbersome. If you have more than one employee, I think the sheer amount of data would be more than one person could handle. Wearables are, however, already an important part of everyday life. Today, surgeons can put on the Telesar V glove, which was developed by the Japanese Science and Technology Agency, Keio University, and Tokyo University, and operate with a rock steady hand, feeling both touch and temperature remotely.

There are many exciting prospects in these new developments, which may seem to be a concern or downright scary to some. When confronted with such concerns, I once again think of Douglas Adams. In 1999 – a technological lifetime ago – he commented on the then-worry of the quick developments in computer technology. He said:

“I suppose earlier generations had to sit through all this huffing and puffing with the invention of television, the phone, cinema, radio, the car, the bicycle, printing, the wheel, and so on, but you would think we would learn the way these things work, which is this:

1) “Everything that’s already in the world when you’re born is just normal.

2) “Anything that gets invented between then and before you turn 30 is incredibly exciting and creative, and with any luck you can make a career out of it.

3) “Anything that gets invented after you’re 30 is against the natural order of things and the beginning of the end of civilization as we know it until it’s been around for about ten years when it gradually turns out to be all right really.”

I think the changes to how we work, aside from making us smarter and better at what we do, also mean a lot more individual freedom. We will become even more mobile and able to work from anywhere, which will benefit the individual and make a big world smaller. This is progress. And honestly, I am looking forward to getting one of those Babelfish.

Holger Reisinger is Senior Vice President of Marketing for Products and Alliances at Jabra.