Are you getting hot under the collar in your contact centre?  Disagreements over office temperature is the number one cause of arguments among UK workers

Too hot in the contact centre? You’re not alone: almost three quarters of office workers say they are unhappy with the temperature of their workplace (70%), with disputes about temperature the number one cause of conflict in the office, according to research from E.ON1. 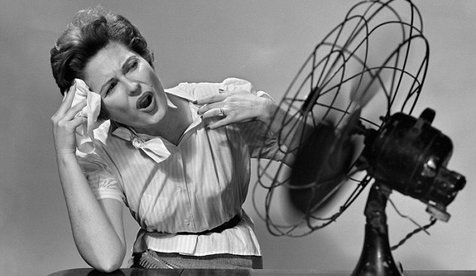 Over a third of people (37%) say they argue with colleagues at least once a month over the temperature and one in eight admit carrying out constant subterfuge to remain comfortable. One in four employees (24%) say they sneak windows shut behind colleagues’ backs when they disagree on whether it’s too hot in the office.

Expectations around appropriate office wear in the summer add to these frictions. Almost 40% say it is unfair for women to have greater flexibility over their wardrobe to adapt to the seasons (39%) and half of people think men should not be expected to wear suits to work in the summer.

The heat can also force people to push the boundaries of acceptable behaviour: one in five office workers say they have resorted to dressing ‘inappropriately’ in an attempt to stay cool. Almost a third would go for a refreshing snack such as ice cream (30%), while a quarter admit to ramping up the air conditioning (25%) or bringing in a personal desk fan (24%).

And some of the more extreme steps people have claimed to take include:

– Abandoning the office to work outside (3%)

– Lobbying the boss for a cooler uniform/dress code (4%)

E.ON’s findings suggest that temperature levels in the office environment often fall short of what many employees want, leaving them locked in battle to try to stay comfortable whilst working and potentially piling on the power demand which can lead to wastage and high bills for businesses. 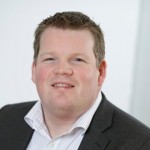 “These findings show the challenges of finding a workplace temperature that keeps everyone happy. In these extremes you may end up in a situation where competing colleagues ramp up the air conditioning at the same time that others are opening the windows or bringing in fans from home. That almost inevitably costs more but doesn’t necessarily mean colleagues are keeping cool, calm and productive.

“Heating, ventilation and air conditioning can be among the more significant running costs for office-based companies so it’s important that businesses keep control of the energy they are using while maintaining a pleasant and productive environment. By taking a few simple steps to keep offices at a consistent and comfortable temperature, employers can often save money on and improve the productivity of staff.”

For additional information on Energy Solutions at E.On visit their Website

1 E.ON commissioned research by OnePoll which surveyed a GB representative sample of 2,000 office workers in November 2015.