Geoffrey Insurance is celebrating after being named the ‘Best Small Contact Centre’ in the UK, gaining top ten positions in all four categories and being listed sixth overall in the Top 50 Companies for Customer Service Awards 2016. 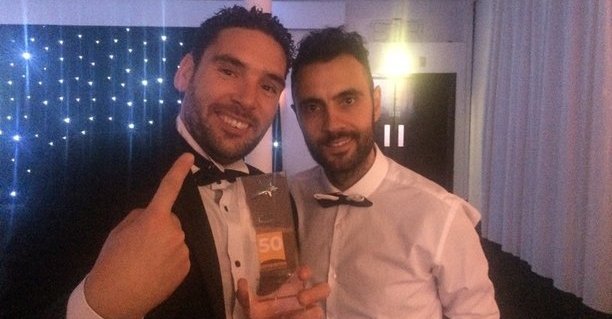 The ceremony, which was held at Edinburgh Corn Exchange on 27th October, brought 50 of the very best contact centres together to compete to be named number one for customer service.

Geoffrey was shortlisted in all four available categories, for social media, calls, live chat and emails, coming in at an incredible first for social media, second for calls, fourth for live chat and sixth for emails. The 5 star Defaqto motor insurance provider has already been recognised by the Institute of Customer Service and is one of just six organisations in the UK to be given a ‘ServiceMark with Distinction’.

Geoffrey Insurance is part of the Markerstudy Group of companies, which has been named in The Sunday Times 100 Best Companies to Work For, for four consecutive years.

“I want to thank all our staff – their passion and dedication to delivering excellent customer service is just outstanding. We’ve been named as a ‘Top 50 Company for Customer Service’ for three years in a row, going from 33rd, to 11th last year and now we’re sixth, which is a huge achievement.

We’re passionate about providing the best levels of service and we’re thrilled that this ‘winning formula’ has been acknowledged yet again.”

For additional information on the Marketstudy Group visit their Website