Fusion Contact Centre Services, part of the BGL Group, has announced that 50 new jobs are to be created at the North East Contact Centre of the Year. 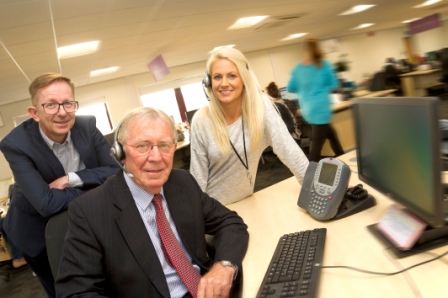 Recruitment has already started at Fusion Contact Centre Services, which has just opened its third building in the city and already employs almost 600 people in Sunderland. Further job creation is expected in 2016 as the company continues to grow.

“Fusion is recruiting due to the increased volume from our customer base, plus we have new partnerships coming on board. We have just extended into our third building and our operation in Sunderland is only going to get bigger.”

“With over 175 contact centres in the North East we were up against some tough competition. This is a great reflection and credit to everyone working at Fusion and the wider BGL Group. I’m very proud.” 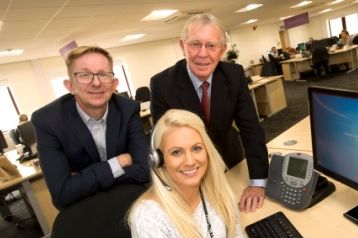 The Community Champions award recognises the hard work the centre carries out as part of the BGL Group’s commitment to corporate social responsibility (CSR). BGL’s national five year strategy for CSR aims to raise £3 million between 2012 and 2017 for global, national and local good causes.

Every employee is given one day a year to get involved in charitable work of their choice, and staff in Sunderland worked on projects at the Prince’s Trust, Highfield Community School, Hylton Castle Primary, Women’s Aid in Washington, Age UK, Grace House, Chance Community Centre and Ryhope Cricket Club during 2015.

“I want to congratulate Fusion for its fantastic performance in the awards and putting the spotlight on the hard work that Sunderland’s thriving contact centre does – both for its clients and within the community.

“It is great news that the Sunderland offices are recruiting and we look forward to hearing about the company’s further job creation plans for the New Year as it confirms new contracts with clients.”