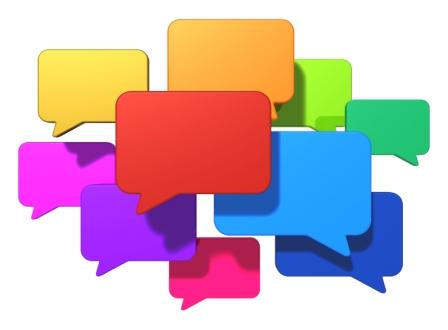 Driven by millennial shoppers embracing new technology like chatbots and messaging apps, chat has surpassed phone and email as the most popular way for consumers to interact with retailers, according to a new study from customer engagement software and services provider [24]7.

The report, titled “A Retailer’s Guide to Chat”,” finds that 28.9 percent of consumers prefer to interact with retailers through online chat (25.8 percent) or messaging apps (3.1 percent) while making a purchase. Together, these chat tools are now more popular than phone (28.7 percent) and email (27 percent) as the preferred method of interaction with retailers.

Based on a survey of more than 1,000 consumers, the study highlights the important role that millennials are playing in this shift. Among consumers ages 18 to 34, more than a third (37 percent) of respondents chose chat as their favourite way to contact companies, while less than a quarter ranked phone or email as their top choice.

As consumers use more messaging apps in their personal lives, the study suggests chat is emerging as a primary communication channel for retailers as well. 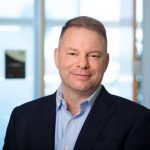 The growing use of messaging apps by businesses has the potential to further accelerate the trend toward chat as a primary way to communicate with retailers. More than a quarter of consumers (26 percent) say they’re open to interacting with a company through a messaging app like Facebook Messenger or WhatsApp, and the number jumps to 39 percent for millennials.

Half of all consumers see benefits to interacting with retailers through a messaging app, with the biggest advantages being convenience, access to conversation history and ease of use. When asked to weigh which retail technology would most improve their shopping experience, approximately one in five consumers (21 percent) said receiving proactive order updates through messaging apps would be most useful, outranking other trends such as virtual reality, drone delivery and mobile wallets.

Messaging apps aren’t the only new technology causing increased use of chat as a customer-service channel. Nearly four out of 10 consumers (39 percent) say they’re willing to have automated conversations with chatbots, which have exploded this year as artificial intelligence has gone mainstream. Nearly one in 10 millennials (9 percent) prefers to always interact with a robot instead of a human while interacting with a retailer online.

That’s not to say that humans don’t still play an important role in the customer experience. Almost two-thirds of consumers (62 percent) prefer to interact with a human over a robot at all times, and 13 percent of shoppers have no problem talking to a chatbot as long as they can easily escalate the conversation to a human representative. In addition, consumers’ preferred method of interaction with retailers shifts to phone (40 percent) when attempting to resolve an issue post-purchase, while chat tools drop in popularity (21 percent).

The study highlights a willingness among consumers to adopt new channels such as messaging apps and chatbots, provided human interaction remains easily accessible when needed.

“The most effective uses of this technology will provide effortless transitions to human agents for unique or complex scenarios,” Horn said.

“Consumers still value a human touch in their interactions with retailers, even as AI improves their customer experience.”

[24]7 is redefining the way that companies interact with consumers. The company’s intent-driven customer engagement platform assists several hundred million visitors across all channels, and engages in more than 1.5 billion conversations annually, most of which are automated. Using [24]7 solutions, many of the world’s largest and most recognizable brands are anticipating and acting on consumer intent to create more personalized customer experiences, resulting in an order of magnitude improvement in customer satisfaction, brand loyalty and potential revenue streams.