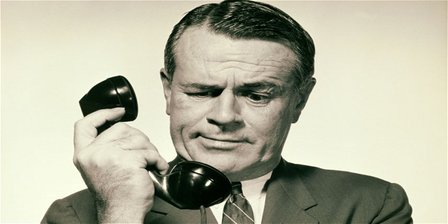 The survey, which questioned 1,000 members of the public, found that over half (55%) would take their custom away from companies that relied on automated call answering and voicemails, rather than providing a human voice on the end of the phone.

An even greater percentage (71%) said that, when they are shopping around, a business having automated call answering would make them more likely to choose an alternative supplier.

The infuriating practice of having to navigate complicated automated menus or leave a recorded message is considered to be on a par with rude or unhelpful customer service, according to the survey.

Customers find financial services companies and professional services (e.g. solicitors or accountants) that use such services the most irritating, followed by travel businesses, like transport companies and travel agents.

When it comes to speaking to companies, consumers place great importance on speaking to a human being, on the person on the other end of the phone answering quickly (at least within 10 rings) and being able to answer basic questions, such as opening times, providing directions or giving an idea of costs.

Customers are more forgiving when it comes to not getting the exact person that they are calling for, or having detailed questions answered straightaway. As long as they have been able to explain their query to a person, the majority (62%) are happy to then get an answer later in the day or over email. 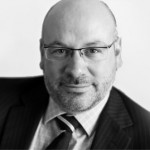 “Automated call answering is often used by businesses in an attempt to save money, however such practices can often end up costing money in lost customers and sales.

“These findings show just how much people value being able to reach a real person when they have a query or a problem. It also shows that we don’t expect to have everything dealt with there and then, but that by being able to explain ourselves we are more confident that we’ll get the quality of service we’re seeking.”

Good quality call answering is considered to be very important by consumers when making a complaint or resolving a problem (70%), getting aftersales support such as checking on delivery dates (59%) or when planning a major purchase (53%).