According to a landmark new survey from Jabra UK, employees are failing to achieve a good work-life balance and are unhappy, stressed and tired. They also experience significant feelings of isolation, are untrusting of home workers, and feel that they are not supplied with the right equipment by their IT departments. “GenM 2013: One Year On”, released today, looks at 1,000 UK employees of ‘office-based companies’, (Contact Centre Workers, Office Workers, Home Workers and Mobile Professional Workers). The report examines how well workers are adapting to the changing face of modern workplace communications, as well as the interpersonal implications of modern working, and offers tips on how IT and HR managers can help employees to adapt to the changing workplace more effectively.

“GenM 2013: One Year On” follows-on from last year’s hugely influential “GenM: Defining the Workplace of Tomorrow”, which outlined the workplace demands of the next generation of workers, including the tools they wanted and their desire to be able to work flexibly or from home more often.

The results of this year’s study show that we’re far from achieving the Flexible Working Nirvana we all imagined:

A shocking 74.6% of UK workers suffer from some kind of significant work-related stress or anxiety. A feeling of being undervalued is the most common issue, (at 33%), followed by having poor interpersonal relationships, (32%), feelings of anxiety and stress (29%), exhaustion, (24%) and feelings of isolation (20%).

While home workers enjoy the best mental health and wellbeing of the four groups surveyed, their distance from the office-based working population seems to breed suspicion between them and everybody else.

55% of office workers think that home working breeds mistrust, citing ‘negative gossip’, (11%), a perception that they ‘do not work as hard’, (13%), or that they undertake ‘personal tasks’ (31%) as their justification for lack of trust of home-working colleagues. One in three actually believe home working could put your career at risk. Overall just 14% of those interviewed said that remote working is widely accepted, undertaken in their organisation and seen as being productive.

However, home-working is clearly here to stay: 7 out of 10 workers either work from home or have a colleague that does, 24% want to work from home more often and 15% would only take a job in the future if it was home-based. Clearly, as home working becomes more common, employers need to address these issues of mistrust. Poor communications play a large role in isolating and dividing groups and Jabra’s research suggests that the importance of face-to-face and verbal communication between workers is being underplayed.

Employees regard having the right tools to do the job as essential: However, only 40% of workers are currently satisfied that they have the tools to do their job.

IT departments still struggle to provide the appropriate devices required. This is such a serious problem that 41% of workers would consider switching jobs if they were given poor quality devices, (with 18% suggesting they would leave if they were not allowed to use their own communications devices at work).

The modern UK office worker clearly values a good work-life balance, with 54% agreeing that it is more important than a pay rise, (compared to 27% in last year’s report).

However, despite this, 40% of people are regularly checking email outside of work hours, (up significantly from the 19% in last year’s study). What’s more, 74% of employers fail to even offer flexible working policies, suggesting that this popular option for a better work-life balance is still out of bounds to most workers.
Conclusion 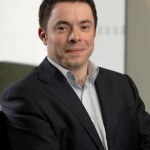 “What’s more, as we also saw last year, there is a hunger for more flexible and homeworking practices amongst workers. If companies are to retain the best staff this is something they cannot afford to ignore.

“Employers need to examine reports such as “GenM 2013: One Year On”, to understand how the changing world of work affects how employees relate to one another, and ultimately how productive they could be. Businesses can then adapt their communications strategies and working practices accordingly.

At the same time, while equipping themselves with the right type of technology such as ‘smart’ devices, multiuse headsets and Unified Communications applications enterprises should also consider the importance of core communications good-practice: They can help to maintain happy, cohesive, motivated and productive workforces by encouraging more back-to-basics face-to-face and verbal interaction, whether in person or via technology.”