A contact centre behind a record high 146 million illegal calls about PPI has been fined £350,000 by the Information Commissioner’s Office (ICO).

People were left feeling harassed and threatened by the automated calls initiated by Carmarthenshire-based Your Money Rights Ltd.

The company was responsible for the most amount of automated calls to result in an ICO fine to date.

Firms can only make automated marketing calls to people if they have their specific consent.

Your Money Rights did not have consent so was in breach of the law.

The calls, made over a four month period, also broke the rules by not including the company’s name and contact details in the recorded message.

“We’re cracking down on illegal automated calls on behalf of the British public. They are a blight on society that disregards people’s right to have their wish for peace and quiet in their own home respected.

“We know people find calls playing recorded messages particularly intrusive because they are unable to speak to a call agent. Your Money Rights should have known that the law around automated calls is stricter than for other marketing calls.”

Following the ICO’s investigation, the directors of Your Money Rights Ltd, which is based in Ammanford, Carmarthenshire, but has its registered address is Darlington, are seeking to dissolve the company. The ICO is committed to recovering the fine and will work with insolvency practitioners and the liquidator if the company moves to insolvency.

The ICO’s powers will be further strengthened when the government introduces a new law allowing it to fine the company directors behind nuisance call firms. Making directors responsible will stop them avoiding fines by putting their company into liquidation.

“If a firm goes out of business to try and duck an ICO fine then they’re no longer making troublesome nuisance calls. But the new law will increase the tools we have to go after them and hold them fully accountable for the harassment, annoyance and disruption they’ve caused.” 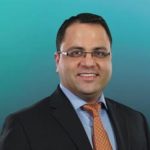 Ashish Koul, President of Acqueon, The Marketing automation and proactive campaign management company,  – commented on why there is simply no excuse for this kind of nuisance calling.

“For the second time this week, the ICO has had to fine an organisation for illegal outbound marketing activity. The company in question, Your Money Rights Ltd. has made a record 146 million nuisance calls over just a four month period, showing flagrant disregard for consumers rights.

The considerable fine of £350,000 from the ICO is a clear message to firms that this kind of unethical marketing activity will not be tolerated.

In this day and age, there is no excuse for breaching the law in this way. Tools exist that can check and screen hundreds of thousands of ‘Do Not Contact’ (DNC) records in a matter of seconds, and ensure only those that have consented to marketing activity are contacted.