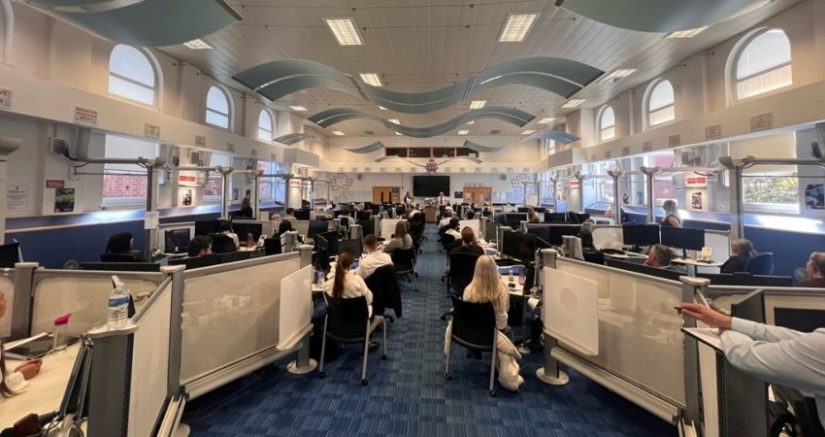 It’s an important milestone whereby GMP now has over 1,100 call handlers in the FCC – the highest number in its history.

The news comes after the announcement on Friday (28 October 2022) that GMP had been removed by His Majesty’s Inspectorate from special measures and is no longer required to be in the Inspectorate’s engage monitoring process.

Improvements continue to be made across the force and in the FCC the journey has been transformative.

In terms of national performance, GMP is now in the top ten of Force performance for 999 answer times, and 8th nationally in terms of percentage of calls answered in under 10 seconds.

Welcoming the newest recruits is a further sign of continued investment in call handling and means that GMP can continue to meet demand and offer an enhanced service – getting response officers out quicker to the callers who need them the most.

Welcoming the new recruits further demonstrates GMP is more committed than ever to bolstering its ranks and providing the highest level of service to the public. And it’s never been a better time to join the FCC. There are roles available in call handling, crime recording, customer enquiry and radio dispatch.

Join Fred Sirieix at Opentalk. The CX Event of the Year!