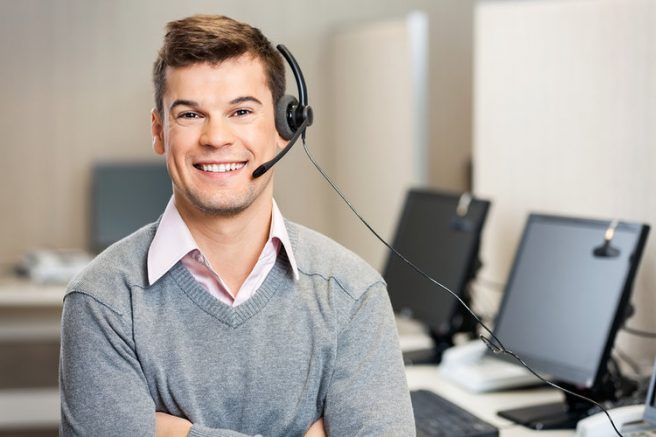 John is a contact centre agent at your business.

He’s 24, college educated and right now, he’s single. He lives in a shared house with two friends he met at college (one of whom also works at your contact centre) and a guy who has a night job delivering pizzas on a clanky moped while studying to be a Dentist.

When he started at your call centre a year ago, John had plans to clear off his debts, buy a car and work towards team leader, then prove his worth and move into management (oh, and to find a girlfriend).

Smart, articulate, hardworking and reliable, John was just the kind of talent your company needs to ensure a smooth running contact centre, and things started well. He learned fast, did John.

But, after a year, John is still clocking in, sitting at his desk and ploughing through call after call. Things are moving slowly.

He’s giving it his best, he’s good with customers, his team like him, but to date, no-one has mentioned moving up the ladder. Career prospects seem far away and now John is getting frustrated. He sometimes feels like the moment he sits down at his desk, he disappears.

In other contact centres jobs he’s looked at (and you can be sure, he has looked) they all pay roughly the same salary. Same hours, similar benefits, comparable perks… not much to choose from.

So when your job offer stacks up. When you have put so much effort into bringing John into the business and giving him the skills he needs. When you make sure your job package is equally as attractive as competitors, what is troubling John..?

It’s this. – He struggles to keep up with the constant changes in your business. Not the big changes, he’s reads those emails. No, it’s the small changes that affect his day to day, his experience as an employee, his energy and demeanor. And of course, what he says to customers when they call in.

“John is always struggling to sound confident, because… well … he’s not”

He is frustrated, disaffected and disengaged. Of course, John knows your business. The training he had is as good as it gets. But the challenge is that in a fast paced contact centre, he feels a bit like a robot.

Sure, there are updates sent by email, the occasional positive feedback (three days after the client gave it) and staff notices. But things change faster than emails can be read, and often, he is behind the curve because he’s busy on calls, so he misses those emails. He starts to disconnect.

John answers 27 calls that day and, truth be told, he didn’t feel like he was giving his best on any of them. The information he needed there and then wasn’t available. He didn’t know pricing without putting the customer on hold, he didn’t know stock levels or service conditions… without putting the customer on hold again. And when he got back to the call, he could tell that the rapport he had started the conversation with, the part of the conversation that builds customer confidence and brand loyalty, had evaporated once again.

John got the job done. No complaints, but no positive feedback and no job satisfaction either. Yes, he had achieved what he was there to do;

But he wasn’t feeling fulfilled. He was frustrated and bored. So, understandably, he starts to flick through the job websites again.

John had good intentions when he started at your company. He didn’t start out wanting to leave. Something happened, something got broken along the way.

John wants to feel like a part of your business. He wants responsibility to deal with customers properly, to take his time to respond to questions, to feel
empathy with the caller and confident that he has the answers right there in front of him.

John wants to look up from the screen now and then and feel connected to the people working around him.

But time pressures, staff morale, never feeling in control of his day and that robot thing… He’s not getting that where he is right now, so it’s time to move on.

After all, he has a year of experience, he’s fully trained in product knowledge, business ethos, up selling, down-selling and cross selling. He understands the psychology of an angry caller and he can calm them down using the ideas and response strategies your company has spent a fortune in developing, testing and refining.

So he applies to a competitor. and your company has to start the wheels (and the costs) of recruiting Johns replacement.

Over 2 Billion pound is spent on stories just like John, every year. By you, your competitors and the industry.

Well, there’s something else about John you should know…

When he clears his desk, John won’t go empty handed.
I don’t mean a pocketful of pencils and a fiver’s worth of ‘post it’ pads.
If that was all he took, happy days.

No. What John takes with him is a whole new level of ‘expensive’.

He takes the cost of recruiting, onboarding, training, managing and developing him. And worse, he takes with him the experience and knowledge of your company. The second he leaves, all that is gone. Wasted.

Of course, to you, it means that when you fill John’s place, you start again, right from the beginning. It’s a costly business, losing a member of your team, demoralising for those left behind and those missing ‘post it’ notes… well that just tops it.

Also;
When John had made the decision to leave months ago, he started to pull back on the way he responded to callers.
It’s natural really, he had no long term commitment and therefore no short term reason to give it his best. He loses interest because, in his mind, one foot is out the door.

And he’s the guy (or girl of course) who is representing your business, day in, day out, until he leaves his desk for the last time.

John made waves too. When he told his housemate and colleagues of his dissatisfaction at the job, they focused on theirs. They made a mental note to ask John where the new job was, the money, the hours, the set up. And maybe they start their own journey out the door. Thanks John.

So what makes John’s story so familiar and what can we do about it?…

Well, assuming that your rates of pay are standard, your general working practice is much the same as your competitors, then there are four key areas of John’s day we should take a look at.

First though, we need to consider the situation from two angles. The impact on the agent, the team leaders and the managers; and secondly, the money .

It can sometimes get missed in a big corporation, especially if finances are not your job role, but every time John’s story plays out in your call centre, money, big money, is lost straight from the bottom line.

The obvious is the cost of replacing John. But what about the customer loyalty that was damaged when John lost interest in really helping a caller, when his half
hearted attempt to deal efficiently with an enquiry did nothing to build on the client relationship with your brand and as a result they went somewhere else,
maybe after posting their thoughts on Facebook or Twitter?

Think of it this way. With an estimated 30% annual staff attrition rate, in just less than four years, you will have turned over your entire workforce of agents.
There’s a problem in the contact centre industry and it’s growing.