At Interactive Intelligence, we aim to be on the forefront of new technologies by considering if and how we can use them. Our CEO Don Brown suggested last December that he was very interested in Virtual Reality technology so I immediately began considering how we might make use of it, and a few ideas came to mind. 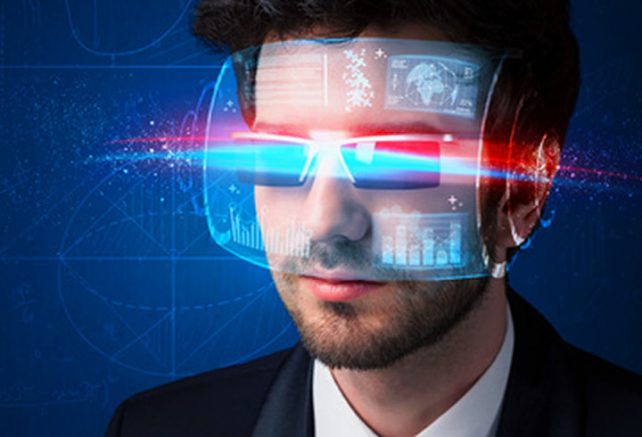 The first was a “Virtual Reality Meetings” application. We pride ourselves on making communications technology (call centre software, video conferencing, chat), so this seemed like an obvious fit. But after some consideration, I felt we weren’t quite there yet. Virtual Reality is interesting and exciting, but not everyone has a VR headset nor are they affordable enough for businesses to invest in them for all of their employees just to be able to conduct distributed meetings. Lastly, with only a headset the only advantage in a VR meeting over a video conference is head movement. While that’s compelling, I don’t think it’s significant enough to get over the hurdles involved in arming everyone with headsets.

The second idea was VR Tours.

Virtual Reality, at its heart, is a way to allow a person to experience and to be completely immersed in another place and reality. What can we use this for? Well simple: vacations. If I want to go on a vacation to an exotic location then I’d love to be able to visit ahead of time somehow to feel more confident about investing several thousand dollars and the travel time to get there, and maybe I want to compare several different destinations. Today, the only thing I can do is visit these location’s web pages to see the properties, but what I’d really like is to step into those environments. This would have been a rather ludicrous idea a few years ago, but now it’s actually possible. With this VR Tours app a travel agency, a resort, a city, a college or anyone who has an interest in showing other people how great their place is, can do so with moderately low overhead.

How does it work?

Technically, the way this works is to take a 360 video and then wrap it around the user’s head in a 3D scene. Yes, the end-user needs to have a VR headset. Yes, VR headsets can cost upwards of $800, but not all of them do. In fact, the cheapest VR headset costs only around $10. With a Google Cardboard, I can turn the smartphone I already own into a pretty decent VR headset. Given that a Google Cardboard is literally just cardboard and a couple of plastic lenses, it can be made in bulk for far cheaper that $10 apiece. In fact, last year the New York Times gave away over a million of these cardboard VR headsets to its subscribers. 68% of adults already have smart phones, so that’s a huge user-base that can already take easy advantage of VR technology using a Google Cardboard.

What about on the other end? How do I create 360 videos? Don’t I need an expensive camera setup?

Well…yes and no. There are some really cheap ones available for as little as $250, but they don’t offer the best video quality. The challenge is to record at high enough quality so the image isn’t grainy when you stretch it all the way around the user’s head. This generally means using 4k videos. In our testing we’ve had decent success with a couple of Kodak PIXPRO cameras in a rig that Kodak supplies. You do need to stitch the output videos together as well so the total setup with stitching software costs around $2,000, which isn’t horrible. Certainly, the sky’s the limit. You can easily spend $30,000 if you want the best camera setup out there, but that isn’t necessary. It’s also worth noting that the VR/360 camera industry is young, and there are several companies releasing new cameras all the time.

The point is that VR has arrived, and there are affordable options available that can make it a realistic investment for your business. Don’t wait until you’re last. Start thinking about how your business can use VR to enhance your customer experience today.