“We continue to execute on our strategy of aggressively capturing cloud communications market share,” said Interactive Intelligence founder and CEO Dr. Donald Brown. “This success is essential to our goal of becoming the leading vendor in the overall contact centre market. 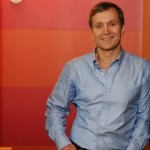 “As we increasingly shift to a higher proportion of cloud-based orders and have more revenue deferred to future quarters, our reported short-term profitability is affected,” continued Brown. “But we look beyond this and remain committed to making investments that drive the growth of our business, particularly with our cloud-based offerings targeting the highest growth segment of our market. As a result, we continue to expect cloud-based orders to outpace our overall 2014 order growth and comprise 55 to 60 percent of total orders for the year.”

Revenues: Total revenues were $79.4 million, up 8 percent from the 2013 first quarter. Recurring revenues, including support fees from on-premises license agreements and fees from cloud-based customers, increased 28 percent to $43.4 million and accounted for 55 percent of total revenues. Cloud-based revenues increased 85 percent to $13.1 million. Product revenues were $22.8 million and services revenues $13.2 million, compared to$28.0 million and $11.4 million, respectively, in the first quarter of 2013.

Cash Flows: The company generated $5.3 million in cash flow from operations in the quarter and used $8.1 million for capital expenditures, which included continued expansion of its cloud infrastructure.
* A reconciliation of GAAP to non-GAAP financial measures has been provided in the financial statement tables included with this press release. An explanation of these measures is also included below under the heading “Non-GAAP Measures.”