The company’s cloud services are increasingly driving significant business impact, as demonstrated by a 76 percent compound annual growth rate in cloud revenue since it first offered a cloud option (CAGR 2009-2015). Underscoring this growth, the company recently reported a 62 percent increase in 2015 revenue from cloud subscriptions compared to 2014.

As the company ushers in 2016, it looks to its latest cloud services delivered by its new PureCloud℠ platform to drive customer growth and deliver unprecedented business value. 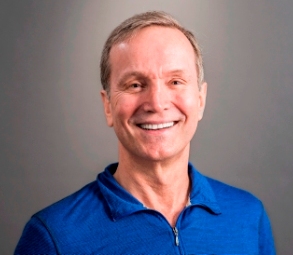 “We just weren’t content to be a niche player in the business communications market,” said Interactive Intelligence Founder and CEO Dr. Donald Brown. “So we made the audacious step to build from scratch an entirely new cloud platform.”

Interactive designed its PureCloud platform as a stateless and independently load-balanced set of microservices using Amazon Web Services. “Our architecture is a radical departure from what’s offered by our largest cloud competitors,” Brown said.

“This isn’t based on a monolithic, interlinked software application made to work for multiple tenants. Our PureCloud platform’s unique design means no single point of failure, infinite scalability, and immediate and continuous delivery of new features.”

Continued Brown: “It’s exciting to see the traction we’re getting with our PureCloud services, especially how fast these customers are getting up and running – in most cases within a few weeks.”

Brown officially declared that the company’s PureCloud Engage℠ service is now its primary offering for the customer engagement market: “The 2015 fourth quarter marked the start of the next chapter in our company’s history, with our first million dollar PureCloud deal and two dozen paying PureCloud customers.”

Interactive expects this momentum to continue. “We constantly look for ways to make our PureCloud services more valuable to customers,” Brown said. “This includes a monthly subscription model that enables customers to pay only for what they use, extremely competitive pricing even as we add new features, and the option of online ordering. In the end, our goal is to become a high-velocity cloud company that develops new technology at a faster pace, and is incredibly easy to do business with.”

In total, Interactive Intelligence has deployed its solutions for more than 6,000 customers in more than 100 countries worldwide. These include Capital One, CarMax, DIRECTV, Dollar General, Hewlett Packard, Humana, Kohl’s, Lockheed Martin, Monsanto, Northwestern Mutual, Owens Corning, Pfizer, UNUM, Walgreens, and many others.