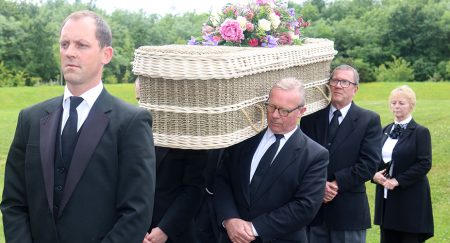 The Information Commissioner’s Office (ICO) wants people to support their elderly relatives or neighbours if they are receiving nuisance marketing calls.

The appeal came as a company selling funeral plans was fined £80,000 for making unlawful marketing calls to people who had made it explicitly clear they didn’t want to receive them.

The ICO launched an investigation after a national newspaper had reported allegations of illegal practices at a contact centre in Cheshire, run by a company which at the time was called Plan My Funeral Avalon Ltd.

The investigation revealed the company – which shortly afterwards changed its name to Avalon Direct Limited – had made almost 52,000 calls to people who were registered with the Telephone Preference Service (TPS) between 1 March and 20 November 2017.

“The funeral plan industry has been on our radar for a while and it is fair to say the sector as a whole has had some issues in terms of complying with the law. That’s not always reflected in volumes of complaints, however, because the very nature of this particular sector means the people being targeted for funeral plan sales may be older, potentially more vulnerable and may not be as technologically savvy or as active online.

“We would ask people to speak to their older relatives, neighbours or friends and make sure they are registered with the TPS. If they have still been getting nuisance calls, they can help report these calls to us as this helps us build up intelligence on companies and sectors where we need to take action.”

The ICO’s investigation into Avalon found two of the company’s directors at the time of the contravention, had previously been involved in an unconnected ICO investigation and that the company involved in that case had been fined in January 2018 for carrying out unsolicited direct marketing.

Those same two people were also the directors of the lead generator company used by Avalon for the data collection in this current case, so they would have been fully aware of their legal obligations surrounding direct marketing, consent and the TPS register. The ICO understands the directors concerned are no longer associated with Avalon.

In addition to the fine, Avalon has also been served with an Enforcement Notice ordering it to improve its practices.

As well as an online reporting tool on the ICO website, nuisance calls can also be reported via the helpline 0303 123 1113.

People can register their landline and mobile numbers with the Telephone Preference Service via its website or by calling 0345 070 0707.