Confidence high among UK workers in face of Brexit uncertainty 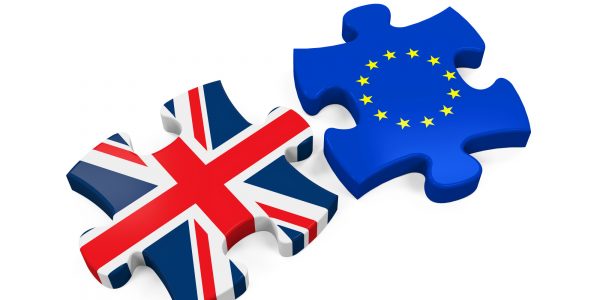 This year will see a fresh clamour for technology talent – particularly in development – according to Reed Technology.

UK workers’ confidence has not been shaken by uncertainty around leaving the European Union, with 48 per cent admitting that they are looking for a new job this year.

The YouGov research commissioned by specialist recruiter REED, which asked more than 2,000 people about their careers in 2017, found that 43 per cent of employees are feeling optimistic about their career prospects, despite a lack of clarity created by the Brexit vote.

Optimism and confidence are high among employers too, as 53 per cent of those surveyed said they had been given a pay rise in 2016, compared to just 41 per cent who were asked the same question in a previous REED survey from 2015.

While an increase in salary is still the primary motivation for people to look for a new job (51 per cent), other reasons were also revealed. Almost 38 per cent would move for an improved work-life balance and 33 per cent for a better working environment. And pensions have a major impact on attracting and retaining workers with 55 per cent of people saying a pension plan is an important part of the decision to either stay in their current role or look around.

The research, commissioned to mark the launch of the REED 2017 Salary Guide, also discovered that those in senior positions have noticed a widening skills gaps among their staff. Almost half (47 per cent) of those in management, and 54 per cent in supervisor positions, now recognise a lack of skills within their organisation. This is in comparison to 42 per cent of managers and 45 per cent of supervisors1 who observed the same trend in previous research commissioned for the REED Market Insight 2015.

Demand for IT skills massively outstrips supply, and people are still rewarded handsomely through contract work. Reed Technology is seeing more WebOps and DevOps roles and the clamour for data also means there are more chief data officer roles and more opportunities in analytics and data integration.

“This research for 2017 shows that workers are confident to look for a new job despite the wider backdrop of leaving the EU. With machine learning and artificial intelligence we are just scratching the surface, so that market will expand – the Watson project at IBM is a glimpse of what can be achieved.

Academia is also up and running again. Universities are run more like businesses than ever before and are refreshing their IT infrastructure – boosting their online and digital presence, partly to attract more people from overseas. They are looking at areas such as library management and cloud-based data.”

Among the next generation of workers, more than half (51 per cent) of those between the ages of 18 and 24  would move to have more opportunities to learn and develop their skills, 49 per cent for better career prospects and 45 per cent for a better company culture. More than half (61 per cent) of 18-24 year olds would still move for a better salary.

Gardner added: “The next generation is looking to the future to train and keep pace with these exciting changes. The UK has often lagged behind its overseas counterparts in terms of growing its own talent, so employers will be looking to change this as soon as possible. Tech giants Google and Facebook have shown a willingness to invest in post-Brexit Britain. Apple is also moving into new headquarters at Battersea Power Station. From our close work with candidates, we believe that if employers can offer young, talented workers the opportunity to learn and help this eager generation hone their skills, then companies will attract the right talent; continuing this trend of optimism into a post-Brexit world.”

For additional information on the REED salary guides 2017 Click Here