The last three-to-five-years have represented a period of change, some might even say turmoil, that is unprecedented in the history of the channel. We have seen traditional PBX vendors wrestle with the advent of new, nimble digitally-focused competitors. We have seen some channels realign propositions and we have seen consolidation as some channels have bulked up to create the mass and economies of scale needed to make a margin-based business viable.

The constants that appear to be present in those that are thriving in this environment are an agile mindset and an ability to execute, underpinned by a well-considered and thoroughly-tested strategic plan. 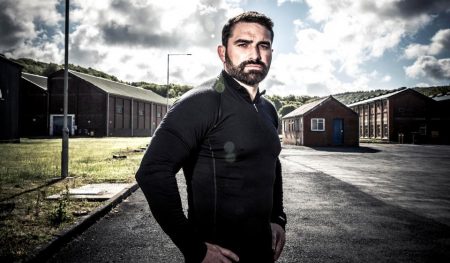 With that in mind, Enghouse recently asked Ant Middleton, former elite force SAS member who many will recognise from his current hit TV show on Channel 4, “SAS: Who Dares Wins”, to share his thoughts on how to survive and thrive in a hostile and rapidly-changing environment.

In his powerful, emotive and thought-provoking speech, Ant focused on key aspects of team work that can drive success, not only in army and special forces units, but also in the business world and in environments where collaboration is especially key – just like the communications channel.

Ant outlined attributes like clear identification and understanding of roles and responsibilities; crisp verbal and non-verbal communication and the ability to give and take honest feedback, key to all teams, whatever the environments in which they are operating.

From Ant’s perspective, success in any mission is not about dedication to the cause, it’s about unswerving dedication to each other, the certain knowledge that if one team member is in difficulty, the others will pitch in to help them out.

The communications channel is a tightly-knit group of alliances and partnerships, all working together to achieve a set of common goals. This article argues that it has much to learn from the principles of team work that, as the example of Ant Middleton shows, are key to the success of the armed forces today.

Enghouse Interactive delivers technology and expertise to maximize the value of every customer interaction. The Company develops a comprehensive portfolio of customer interaction management solutions. Core technologies include contact center, attendant console, predictive outbound dialer, knowledge management, IVR and call recording solutions that support any telephony environment, on premise or in the cloud. Enghouse Interactive has thousands of customers worldwide, supported by a global network of partners and more than 700 dedicated staff across the Company’s international operations.