BGL, Firstsource and Legal and General were crowned Contact Centre of the Year Large, Medium and Small respectively 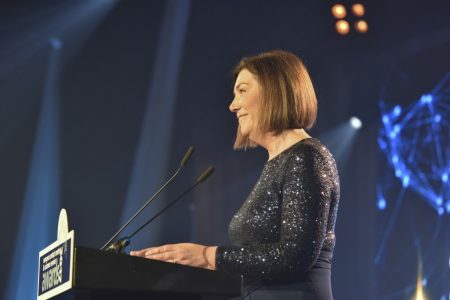 Over 1,100 people celebrated the European Contact Centre and Customer Service Awards 2017 in London on Tuesday 28 November 2017

The ECCCSAs are the longest established and biggest industry awards

The winners of the European Contact Centre and Customer Service Awards (ECCCSAs) were announced during a magnificent awards ceremony last night at Evolution in London. It was billed as the biggest industry awards with entertainment all evening, and guests were not disappointed.

Teleperformance Greece were given the accolade of Best Multi-Lingual Contact Centre of the Year and Merseyrail won Best Collaboration of Marketing and Customer Service – both new awards this year.

Tim Hughes, Head of Customer Experience at HSBC, and also an ECCCSA judge, said: “Last night I was lucky enough to meet, dine with and learn from the best of the best in the European contact centre world. The awards were so thoughtfully built, judged and executed on the night – it marks itself out as THE calendar event of the year in this sector.”

“We’d obviously like to mention every winner as they were all outstanding and deserving of their award,” said Chair of the Judges, Ann-Marie Stagg. “One organisation that we did recognise off-script was Pusula. It’s an organisation that supports refugees fleeing the middle east, and takes calls from people in boats often sinking in the Mediterranean, to help them find a new life. Listening to their panel presentation was a humbling experience for the judges.”

“On behalf of the organisers, I’d like to thank all those that entered this year, the sponsors and the judges for their support, and to congratulate everyone that won a gold, silver or bronze award. The competition was tough and if you won, you earned it,” Ann-Marie concluded.

The awards took place at the impressive Evolution venue in Battersea Park, London. Over 1,100 guests were entertained with amazing acts from around the world before winners were announced by Fiona Bruce, with support from Olympic Gold Medallist, Steve Redgrave.

Amy Scott, Customer Experience Consultant at Sedulous, said: “From the moment people arrived they were completely blown away. I lost count of the number of people who came up to me spontaneously to tell me how beautiful the venue looked and how excited they were to be there and what a great atmosphere there was within the room.”

The European Contact Centre and Customer Service Awards (ECCCSAs) are the largest and longest running awards in the customer contact industry. Highly regarded for its robust judging process, the ECCCSAs recognise organisations that are leading the way in delivering exceptional service to customer. These organisations value their people, continually innovate to improve the customer experience, and operate efficiently and effectively. They are raising the standards year on year.